Land Rover not to be sold in Sudan

Land Rovers are no longer being sold in Sudan after reports that some of the vehicles may have been used by the military or paramilitary groups within the country. 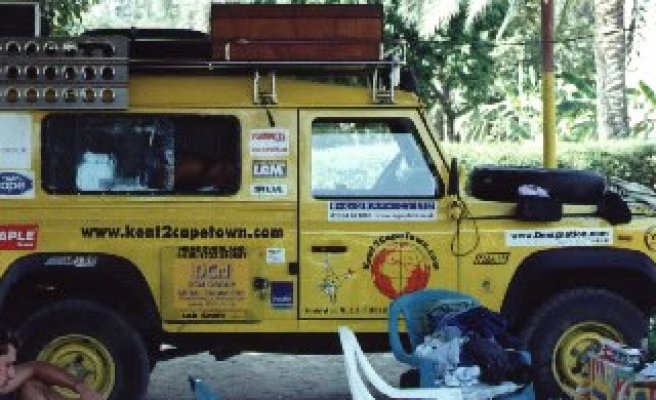 Land Rovers are no longer being sold in Sudan after reports that some of the vehicles may have been used by the military or paramilitary groups within the country.

Tuesday's announcement follows the decision of Rolls Royce to withdraw from the country last month and is another sign of possible economic pressure on the Sudanese government.

The move also came as activists launched a campaign to force the Fidelity and Berkshire Hathaway investment firms to withdraw from Sudan.

Activists say the companies are among those whose money is exacerbating the humanitarian crisis in Darfur.

Ford, which owns Land Rover, decided to halt vehicle sales to Sudan after the Securities and Exchange Commission (SEC) asked the company about reports that some Land Rovers may have been used by military or paramilitary organisations.

Activists have begun to campaign to urge companies to reduce their assets, or divest, in Sudan.

A letter was released on Tuesday dated January 5 from Don Lecalir, the company's chief financial officer in response to a letter in December from the SEC.

Leclair's letter says the Land Rover subsidiary had reached an agreement "in recent months" with its UK-based distributor that handles all sales to Sudan "that no further sales of Land Rover vehicles will be made into Sudan for any purpose."

Land Rover's cessation of sales to Sudan comes after Rolls Royce, which supplies diesel engines to the oil and gas industry in Sudan, announced last month it was starting a gradual pullout.

The British company had been on a hit-list of companies targeted by divestment activists who believe foreign money is fuelling the crisis in Darfur that has killed over 200,000 people.

The divestment campaign focuses on the lucrative oil industry in Sudan and aims to pressure certain companies to leave the country where the government is accused of arming Janjawid militia blamed for widespread rapes and killings of Darfur civilians.

The US-based Sudan Divestment Task Force started its campaign in 2005.

European and UK equivalents have been established more recently.

Campaigners believe they can be more successful than politicians in pressuring the government by capitalising on growing international public outcry that saw worldwide protests on Sunday.

Nick Donovan, head of policy and research at the UK-based Aegis Trust that campaigns against genocide, says the international community's approach of peacekeeping, targeted sanctions and prosecutions in the International Criminal Court has failed to stop the violence in the four years since the Darfur crisis began.

"The government of Khartoum has never felt under sufficient pressure," he says.

The task force's tactics are similar to those used during the anti-apartheid movement in South Africa, when the ANC and other campaigners called for an international boycott of South African products as a form of protest.

Instead of a broad boycott, the divestment task force has drawn up a list of around 50 companies to pressure to withdraw from Sudan.

Most are in the oil, energy and construction sectors.

According to Donovan, between 40 per cent to 60 per cent of Sudanese government revenue comes from oil.

Rolls-Royce was one of the "top dozen" targets though the British company has not publicly acknowledged that the campaign was key to the withdrawal, instead citing only "international humanitarian concerns."

"I think at a private level [Sudanese government officials] are worried this could produce a ripple effect and deter others from Sudan," she said.

"It doesn't necessarily mean they are going to amend their conduct."

The involvement of actors George Clooney and Mia Farrow, and links between evangelical churches in the US and southern Sudan has meant that 10 US states and over 40 universities have agreed to divest their funds from Sudan, according to Adam Sterling, a task force director.

On Tuesday Farrow lent her support to a campaign to force the investment companies Fidelity and Berkshire Hathaway to withdraw investments from Sudan over a humanitarian crisis in Darfur.

Farrow said she urged Fidelity Investments to divest, but the company took no responsibility for the mass killings in Darfur. "I take responsibility as to what happens to my money," she said, and added that she had a retirement fund with Fidelity.

"I would beg everybody to do as I did: move your money out of Fidelity."

The campaign's pressure point is a Chinese oil company, PetroChina, of which Fidelity is the largest single investor in PetroChina, when counting only its shares on the NYSE, the coalition said. Last Mod: 03 Mayıs 2007, 10:45
Add Comment