Scientists are trying to solve the mysterious disappearance of a large glacial lake in southern Chile. 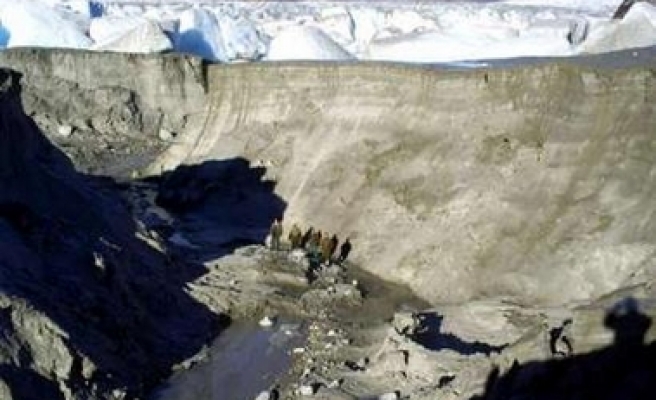 Scientists are trying to solve the mysterious disappearance of a large glacial lake in southern Chile.

Officials were shocked to find a 40-metre deep crater instead of the unnamed body of water in the Bernardo O'Higgins National Park during a routine inspection in May.

"They were very surprised to see that the lake had disappeared," Juan Jose Romero, regional director of the National Forest Corporation of Chile (Conaf), told Chile's Radio Cooperativa.

"We're not talking about a small lake. It was quite large."

Scientists found ice floes, that had once floated on the water, stood on the bottom of the empty lake.

Conaf has asked geologists to investigate what may have caused the lake to dry up. Romero said that it would take experts about two or three weeks to reach the remote area 2,000km south of the capital Santiago.

Based on pictures from the site, scientists have speculated that the disappearance may have been caused by the melting of nearby glaciers or cracks opening up in the ground during an earthquake.

Gino Casassa, a glaciologist at the Centre for Scientific Studies, said the cause may have been a phenomenon known as glacial lake outburst floods.

As glaciers retreat, glacial lakes form behind natural dams of ice or moraine. These relatively weak dams can be breached suddenly, causing the lake to drain.

Possible causes for the breach include a sudden input of water into the lake, an earthquake or avalanches of ice or rock.

Casassa said the Chilean lake was fed by two glaciers, the Bernardo and the Tempano, "and both are receding".

The water level of the lake could have risen with the increasing flow from the melting glaciers.

"At the same time, the increased amount of water opens a tunnel under the ice, emptying the lake," Casassa said.

Another glaciologist, Andres Rivera of the Scientific Research Centre of Valdivia, in southern Chile said: "It's a frequent event in Patagonia, only it's very seldom witnessed due to the low population density of the region."