Thousands of people attended a rally in the centre of the Syrian capital on Monday to condemn Israeli crimes in Gaza. 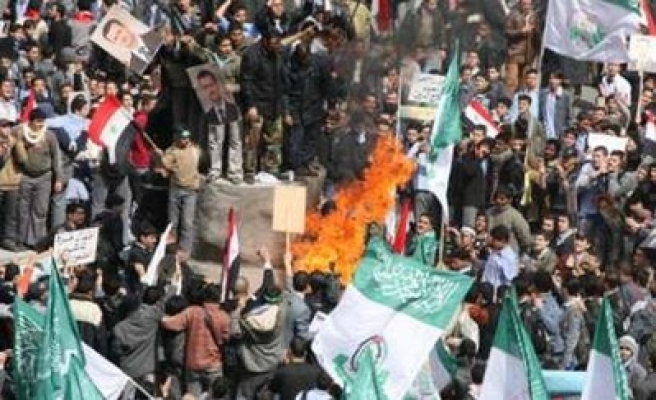 "God is greatest. Death to Israel. The blood of the children in Gaza will not flow without revenge," chanted young students from state schools.

Other protesters carried banners that said: "Stop the Israeli crimes. America is the ultimate devil."

Slogans with a religious tone are rare at demonstrations in Syria, which has been ruled by the secular Baath Party since 1963. Only public gatherings licensed by the government are allowed.

The Israeli offensive has killed more than 100 Palestinians in Gaza. Its forces pulled out of the coastal strip on Monday after a U.S. appeal to end the offensive.

On Sunday, Iran's Supreme Leader Ayatollah Ali Khamenei called on Muslims to rise up and their leaders to hit Israel in the face with their nations' anger over the offensive in Gaza. He also blamed the United States for the violence in Gaza.