Critics say the government wanted to dismiss Loskutovs because he was getting too close to business allies of the ruling coalition parties. 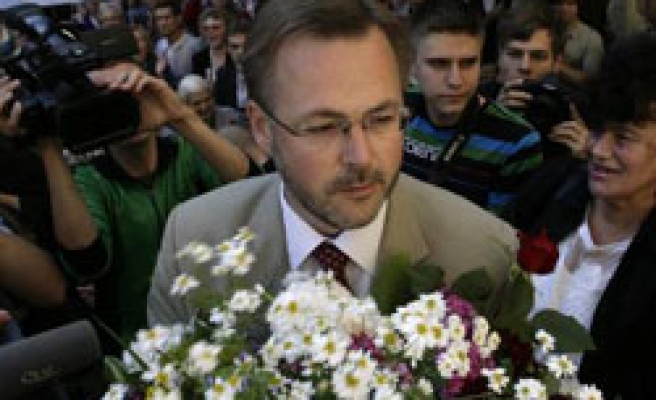 Latvia's parliament voted to sack anti-corruption chief Aleksejs Loskutovs on Sunday after almost $300,000 confiscated in raids went missing, but critics say the move was politically motivated to hobble the agency.

An attempt last year to unseat Loskutovs as head of the KNAB agency resulted in two large street protests in the European Union member and the eventual resignation of the former prime minister amid concerns the government was not being tough enough on corruption.

About 500 people protested on Sunday in support of Loskutovs outside the parliament.

Slesers said Loskutovs had been warned a year ago by the government about inconsistencies in the administrative routines of the anti-corruption bureau.

Parliament voted 52 to 40 to dismiss Loskutovs, who said he would challenge the move in court.

On June 27 the district administrative court rejected his objection to the government's decision to ask the parliament to vote on his dismissal.

Critics say the government wanted to dismiss Loskutovs because he was getting too close to business allies of the ruling coalition parties.