The Dutch refused crucial air support to their own troops defending Srebrenica under a UN mandate in 1995, allowing Bosnian Serb forces to take away and massacre 8,000-10,000 Muslims, lawyers said on Monday 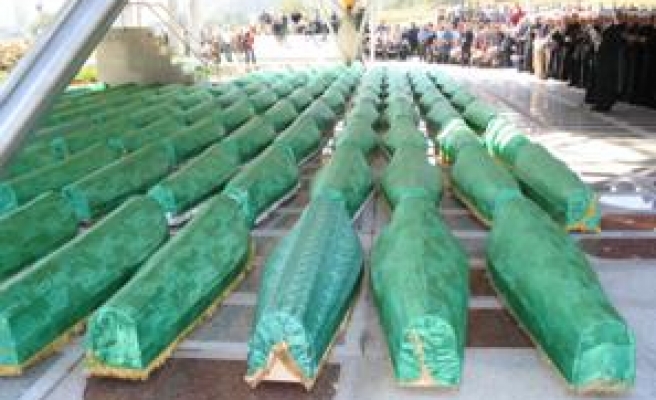 The Dutch refused crucial air support to their own troops defending Srebrenica under a UN mandate in 1995, allowing Bosnian Serb forces to take away and massacre 8,000-10,000 Muslims, lawyers said on Monday.

The lawyers, representing about 6,000 relatives of the victims of Srebrenica, have announced they will sue the Dutch state and the United Nations today, whom they blame in part for allowing the killings to happen.

During the 1992-95 Bosnian war, Srebrenica was declared a safe area and guarded by a Dutch army unit serving as part of a larger UN force in Bosnia.

The lightly armed Dutch soldiers, lacking air support and under fire, were forced to abandon the enclave to Bosnian Serb forces, who took away and massacred Muslim men and boys who had relied on the protection of the Dutch troops.

Shortly before the fall of the safe area air support was obstructed by the Netherlands itself, lawyers Axel Hagedorn and Marco Gerritsen of Dutch firm Van Diepen Van der Kroef said in the writ of summons to be filed at the district court of The Hague and made available to Reuters.

A spokesman for the office of Dutch Prime Minister Jan Peter Balkenende said on Friday the Dutch state would not comment until it had received the legal documents. Families of Srebrenica victims , who have been dismayed by the failure of the two fugitive chief suspects to be brought to justice, are seeking recognition and redress for this tragedy.

"The Dutch state has always said its troops were abandoned by the UN which gave them no air support, but public documents show a network of Dutch military officials within the UN Protection Force blocked air support because they feared their soldiers could be hit by friendly fire," the lawyers said.