Iraqi police commandos captured the leader of al-Qaida in Iraq in a raid in the northern city of Mosul, Iraqi officials said Thursday. 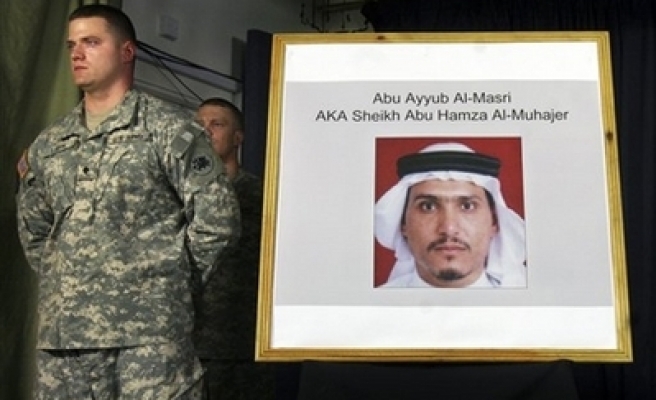 However, the U.S. military on Friday said there were "no operational reports" to confirm the capture of the leader of al-Qaida in Iraq as stated by Iraqi officials, adding the capture of another insurgent might have caused confusion.

Interior Ministry spokesman Maj. Gen. Abdul-Karim Khalaf said the arrest occurred "at midnight and during the primary investigations he admitted that he is Abu Hamza Al-Muhajir."

But the U.S. military said Friday in response to an e-mailed query that "we are looking into reports that another one may have been captured." The military did not share further details on the other reported capture but said that might have caused confusion.

There have been false alarms in the past about al-Masri. At least twice — in 2006 and May 2007 — reports circulated that al-Masri was dead, but they were later proved wrong.

Khalaf told the Iraqi state television that al-Masri was arrested during a police raid in Mosul, but gave no other details. "Now a broader investigation of him is being conducted," he said.

Al-Masri took over al-Qaida in Iraq after its leader, Abu Musab al-Zarqawi, was killed June 7, 2006 in a U.S. airstrike northeast of Baghdad.

The Islamic State of Iraq, an umbrella organization that includes al-Qaida in Iraq, last year announced an "Islamic Cabinet" for Iraq and named al-Masri as "minister of war." The U.S. military had put a $5 million bounty for al-Masri.