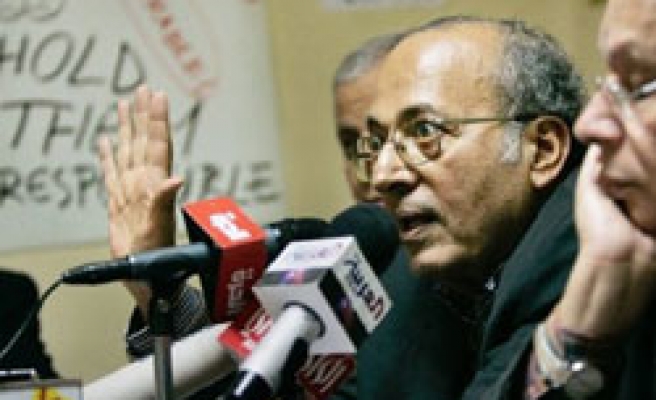 The head of Egypt's Kefaya movement, which rose to fame for calling for an end to President Hosni Mubarak's rule, has died, the official MENA news agency said on Friday.

Egyptian scholar was elected in 2007 to head of the Egyptian Movement for Change, known as Kefaya.

Messiri, also an anti-Zionist scholar, former communist and Islamist, was briefly detained by Egyptian authorities in January and April of this year.

Kefaya managed to break through the taboo surrounding questioning Mubarak's role as sole candidate in presidential elections but has since failed to regain its momentum.

Al-Misiri taught at several universities around the world, including the University of Malaysia, King Saud University in Saudi Arabia and Ain-Shams University in Cairo.