Lebanese army gets US military aid 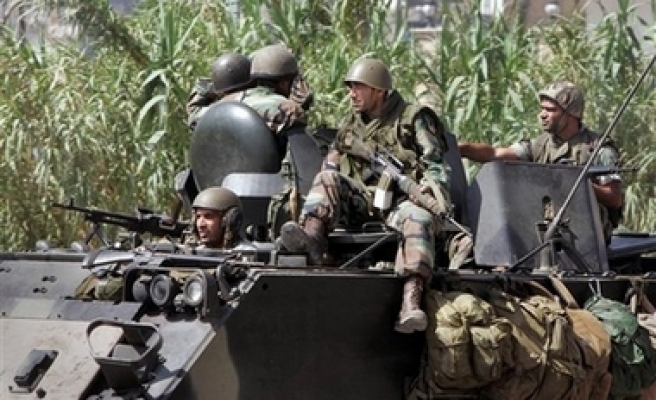 The development comes after the United States said it would rush supplies to Beirut.

Lebanese officials would not disclose where the military planes came from — whether directly from the United States or from U.S. military depots in the Middle East.

A Pentagon official said earlier Thursday that the U.S. was rushing ammunition and other equipment to the Lebanese army in a military airlift of eight planes. But local Lebanese television stations said even more planes were expected to arrive.

A U.S. military official at the Pentagon said the Lebanese government had asked the United States several days ago to expedite the shipment of a broad range of equipment and ammunition that already was in the pipeline for delivery to the country. The Beirut government subsequently told the U.S. it needed the ammunition right away, a security official said.

In response, the U.S. sent the first planes loaded largely with ammunition, said the official, who spoke on condition of anonymity because of the sensitivity of the issue. All the materials en route had previously been requested, the agreements were already in place, and they were in the delivery process, the official stressed.

The official did not know exactly how much ammunition was included in the transports Friday. The planes, flying over the city in the morning, were spotted by many residents.

Sporadic gunfire was exchanged overnight into Friday, marring a two-day-old truce that held as the military surrounded the Nahr el-Bared Palestinian camp. Fatah Islam militant group — estimated in the hundreds — have been holed up inside the camp since Sunday.

The government has given them an ultimatum to surrender or face a military assault.