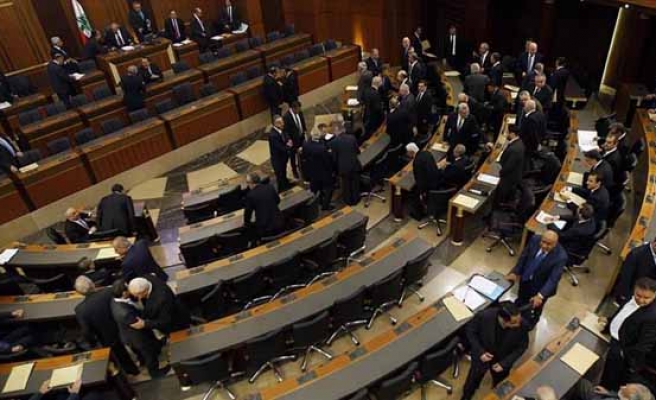 President Michel Aoun suspended parliament for a month late Wednesday before lawmakers could approve a third extension of the assembly’s term.

Aoun said the suspension was imposed to give political parties time to agree on a new law to replace the 1960 voting law that allocates seats according to religious sect.

Although lawmakers agree on the need for electoral reform, they are divided over what system should replace it in a country beset by sectarian divisions.

Parliament had been due on Thursday to extend its mandate until 2018 for the third time without an election. The current lawmakers were elected for four-year terms in 2009.

He added: “With a view to pave the way for more communication between the different Lebanese parties and foster the Lebanese people’s right to vote and select their representatives, I decided to postpone the convening of the House of Representatives for one month.”

In recent years, Lebanon’s political arena has been sharply divided between the supporters of the March 14 alliance, which backs the armed opposition in Syria, and the pro-Bashar al-Assad March 8 grouping, which includes Hezbollah and the FPM.