The army said in a statement it would start implementing measures to restore calm and warned that it would use force if necessary to end the bloodshed. 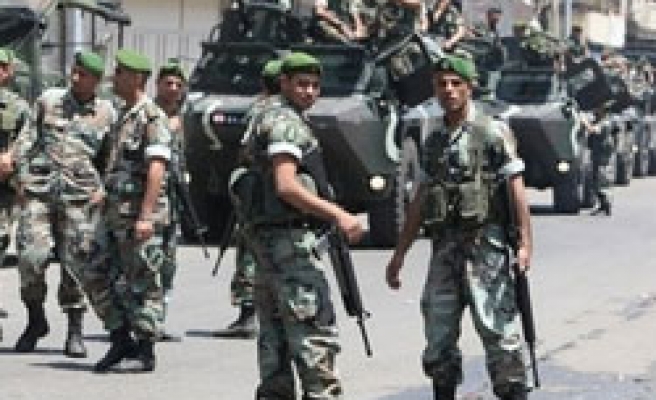 Lebanese troops deployed in Lebanon's second largest city on Monday to try to end two days of sectarian fighting that has killed at least nine people and dented a deal to end the country's political crisis.

Witnesses said soldiers and policemen in armoured troop carriers entered the outskirts of the northern city of Tripoli, scene of fighting between Sunni Muslim government supporters and Alawite supporters close to the Hezbollah-led opposition.

The clashes subsided as the forces deployed on the frontline between the Sunni Bab Tibbaneh area and Alawite Jabal Mohsen.

The army said in a statement it would start implementing measures to restore calm and warned that it would use force if necessary to end the bloodshed.

Sunni parliamentary majority leader Saad al-Hariri called on his followers in Tripoli to cooperate with the army.

Security sources said at least nine people had been killed and 50 wounded in the fighting that erupted at dawn on Sunday. Several homes, shops and cars were destroyed in the clashes in the mainly Sunni port city.

The warring sides had exchanged machinegun fire, grenades and mortar bombs. Scores of families fled and sought safe haven in other parts of the city and nearby villages.

Alawites are a small offshoot of Shi'ite Islam which dominates the Baathist government in neighbouring Syria. Their numbers are small in Lebanon but they gained some political clout during Syria's military presence in Lebanon.

Last month Lebanon ended its 18-month political crisis with the Western-backed coalition and the Hezbollah-led opposition reaching a Qatari-mediated accord.

Since then there have been frequent minor security incidents.

Delays in forming a national unity government as stipulated in last month's accord have raised fears of a further deterioration in the security situation and a collapse in efforts to resolve the political standoff.