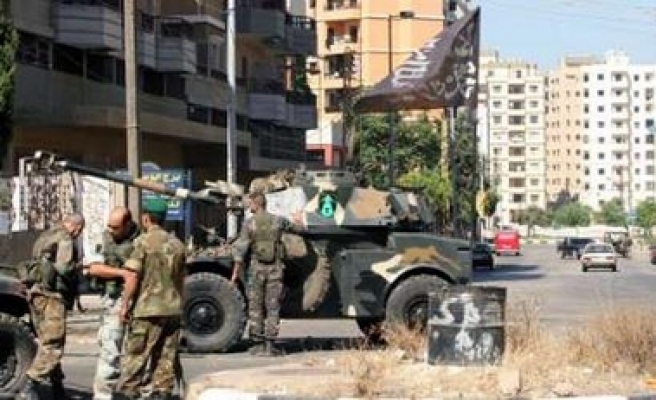 One soldier was killed and 14 were wounded before the 10-hour siege reached a bloody climax on Sunday in an apartment block.

The fighters had also killed three of the building's residents - a policeman, his young daughter and a relative.

City officials said the standoff, which began around midnight, was not linked to 36-day-old battles between the army and Fatah al-Islam at the nearby Nahr al-Bared refugee camp.

Zeina Khodr, Al Jazeera's correspondent in Lebanon, said the clashes in Tripoli are concentrated in the neighbourhood known as Abu Samra.

She said: "It is an area where most Islamist groups have their bases."

The Lebanese army has been fighting Fatah al-Islam for more than a month at the nearby Nahr al-Bared refugee camp.

At least 176 people have been killed in the fighting.

It is unclear how many civilians have died inside the camp as security forces are barred from entering Lebanon's 12 Palestinian refugee camps by a decades-old Arab agreement.

Khodr said: "There are real fears in Lebanon that the crisis may spill out of the refugee camp.

"We do know that many officials have warned that there could be a rise in the presence of al-Qaeda in Lebanon."

Palestinian mediators held talks on Friday with Fatah al-Islam at the camp and were due to hold more talks over the weekend to find a solution acceptable to the army and Fatah al-Islam.