"We will work on accomplishing it within the coming weeks," Siniora told. 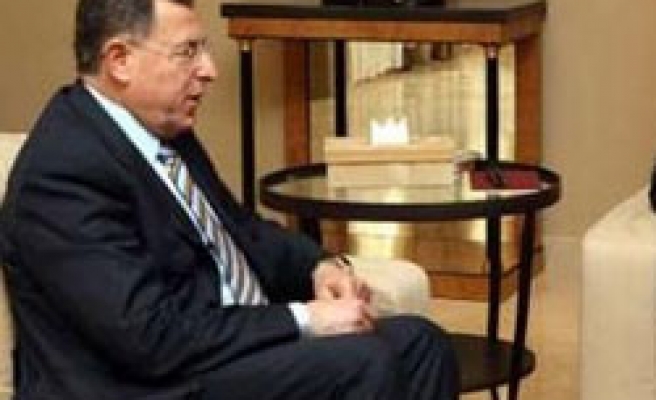 Lebanon aims to complete steps towards establishing diplomatic ties with Syria within weeks, Prime Minister Fouad Siniora was quoted as saying on Sunday.

Syria and Lebanon agreed on Wednesday to open diplomatic relations at ambassadorial level in a step welcomed by the United States, which had long called on Damascus to formalise ties with Beirut.

"We will work on accomplishing it within the coming weeks," Siniora told the pan-Arab Asharq Al-Awsat newspaper.

Syria dominated Lebanon until 2005 when the assassination of former Prime Minister Rafik al-Hariri triggered pressure on Damascus to withdraw troops from its smaller neighbour.

Suleiman's visit to Damascus highlighted a thaw in ties between Syria and Lebanon, where U.S.-backed leaders had worked to curb Syrian influence and fought an 18-month power struggle with rival Lebanese factions backed by Syria.

The political crisis was defused in May by a Qatari-mediated deal that led to Suleiman's election as president and the formation of national unity government in which Syria's opponents and allies share power.

The governments of Lebanon and Syria will both approve the exchange of ambassadors this week, Lebanese Information Minister Tareq Mitri said on Friday. "Then all that remains in front of us are procedural steps which the two foreign ministries will be tasked with taking," he said after a cabinet meeting.