The Lebanese army overturned two government measures against Hezbollah that had triggered the group to take control of Beirut. 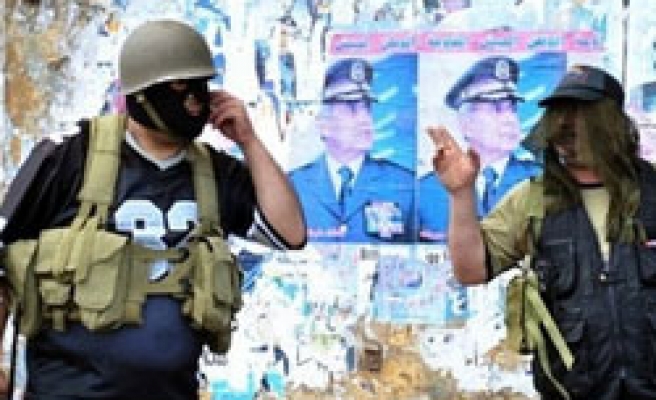 The Lebanese army overturned on Saturday two government measures against Hezbollah that had triggered the group to take control of Beirut, and the military urged gunmen to withdraw from the streets.

The army said in a statement it was keeping the head of the security at Beirut airport in his post and that it would handle Hezbollah's communications network in a way "that would not harm public interest and the security of the resistance".

Lebanon's U.S.-backed Prime Minister Fouad Siniora said earlier on Saturday that he was putting the two issues, which have sparked the worst fighting in Lebanon since the 1975-90 civil war, into the hands of the Lebanese army.

Hezbollah's takeover of Beirut in three days of fighting left Siniora's U.S.-backed government reeling and strengthened Hezbollah's position as the most powerful group in Lebanon after a 17-month power struggle with the governing coalition.

Fighting, which has so far killed 27 people, erupted after the government said on Tuesday it was taking action against Hezbollah's military communications network and sacked the head security at Beirut airport, who is close to the Shi'ite group.

Hezbollah, a powerful anti-Israeli guerrilla group which is backed by Syria, said the anti-Damascus government had declared war.

Five gunmen and two soldiers died in clashes on Saturday east of Beirut and in north Lebanon. Two people were killed in the capital when shots were fired at the funeral of a government supporter in a continuation of the worst violence since the 1975-90 civil war.

At least 75 people have been wounded.

Hezbollah accused pro-government gunmen of Walid Jumblatt's Progressive Socialist Party of abducting three of its members and killing two of them. It held Jumblatt, a Druze leader, responsible for the safe return of the third.

Siniora, whose legitimacy is disputed by Hezbollah and its allies, said on Saturday Beirut was "besieged" and "occupied". "What is Hezbollah doing in the alleyways of Beirut?" he asked.

"Your state will not fall under the control of the putschists," Siniora said in a televised address in his first response since Hezbollah and allied fighters routed pro-government gunmen in west Beirut on Friday.

The fate of Hezbollah's arsenal has been at the heart of a 17-month-long power struggle between the opposition and the governing coalition, whose Arab backers include Saudi Arabia.

"We ... can no longer accept Hezbollah's situation and that of its weapons as it is," said Siniora.

"Hezbollah must realise that force of arms will not scare us or make us retreat," he said. He reiterated a proposal already rejected by Hezbollah for resolving the crisis.

The United States, which considers Hezbollah a terrorist group, a threat to Israel, and a weapon in the hands of Iran, said it was talking with other powers about taking measures against "those responsible for the violence".

On the streets of Beirut, fighters from the Iranian- and Syrian-backed group continued to man checkpoints on main thoroughfares, although in smaller numbers than on Friday.

Traffic was thin as many residents stayed at home. Roads to Beirut's international airport remained closed by barricades erected by Hezbollah. A few shops reopened after the army deployed in several areas but did not interfere with Hezbollah fighters, who have not taken over any government facilities.

Hezbollah took control of Muslim west Beirut on Friday in what the governing coalition described as "an armed and bloody coup". Washington said it was "very troubled" by the move.

Christian districts in east Beirut have been spared fighting, much of which was between Hezbollah and its allies and gunmen loyal to parliamentary majority leader Saad al-Hariri, Lebanon's most prominent Sunni leader and a Saudi ally.

Hariri's supporters still controlled areas in the north of the country where they took over several offices gor opposition groups and kept a key crossing point with Syria in the Bekaa Valley shut.

Hariri is a son of the late Prime Minister Rafik al-Hariri, whose assassination three years ago triggered pressure on Syria to withdraw troops from Lebanon.

The governing coalition accuses Hezbollah of seeking to restore Syria's influence. The group's show of military might is alarming the West and its Sunni Arab allies who fear Iran's growing influence in the region.

Saudi Arabia and Egypt, which back Lebanon's government, called for an Arab foreign ministers meeting on Sunday. "There are regional repercussions at stake and the situation must be saved," Arab League chief Amr Moussa told al-Jazeera television.

The crisis has paralysed political decisions, left Lebanon without a president and heightened sectarian tensions.