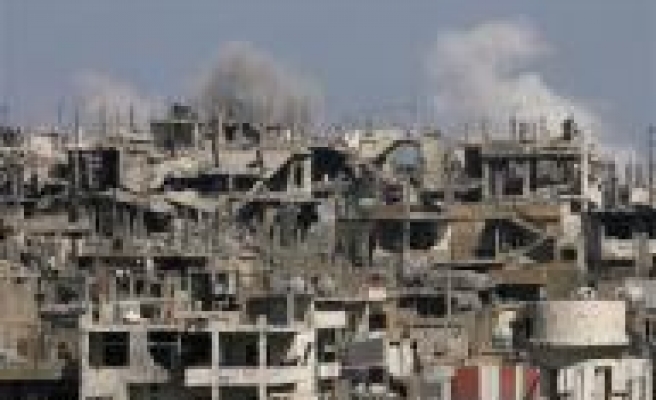 Security sources said Fatah al-Islam snipers hit the four soldiers at Nahr al-Bared camp. The death was the first military fatality since the Lebanese army declared an end to major combat on Thursday.

Heavy 155 mm artillery shells slammed into the heart of the camp where the militants had deployed after retreating from outlying positions captured by the troops. Fighters responded with small arms fire and grenades, security sources said.

The Lebanese army claimed victory on Thursday after 33 days of fighting against Fatah al-Islam in which 172 people were killed. It said it would not end the siege of the camp until the fighters surrendered.

The battle for Nahr al-Bared is Lebanon's worst internal violence since the 1975-90 civil war.

Palestinian mediators held talks on Friday with Fatah al-Islam at the heavily damaged camp, which once housed about 40,000 people. The mediators were set for more talks over the weekend to try to end the standoff.

The army says Fatah al-Islam started the conflict on May 20 by attacking its posts. The group, which includes fighters from across the Arab world, says it had acted in self-defense.

Fatah al-Islam has said it has no organizational ties to Osama bin Laden's network but shares its militant ideology.