The Lebanese army has resumed shelling the Nahr al-Bared Palestinian refugee camp after a lull in the fighting with fighters from the Fatah al-Islam group overnight. 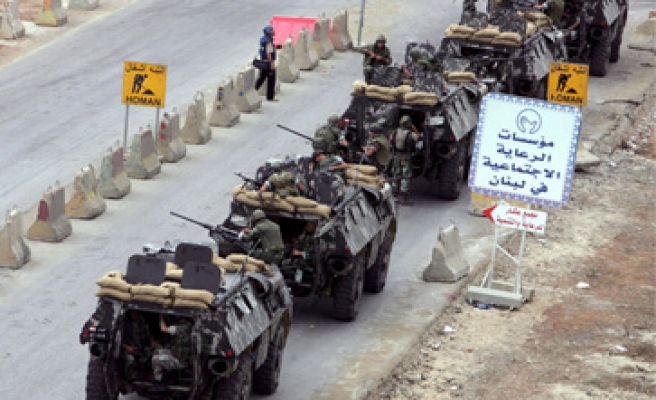 Machine-gun fire was heard from inside the camp on Saturday as soldiers continued their siege.

The army reported that three of its soldiers were killed on Friday during the most intense fighting of the two-week old siege so far.

Eight members of Fatah al-Islam were also said to have been killed.

"The bodies of eight fighters from Fatah al-Islam are still on the streets on the northern side of the camp", Abu Imad Halwani, an official of Fatah, the movement of the Palestinian president Mahmoud Abbas, said from inside Nahr al-Bared.

"No civilians have been wounded," he added, referring to the  estimated 5,000 refugees trapped by the fighting.

The latest fatalities took to 91 the death toll since the fighting erupted on May 20, 38 of them soldiers, the deadliest fighting in Lebanon since the end of the civil war in 1990.

The government has said it would prefer a peaceful end to  the siege but has also insisted Fatah al-Islam hand over its fighters in order that they stand trial for the assaults on government troops. The group has consistently refused to do so.

The army on Friday again accused Fatah al-Islam of using civilians still trapped inside the camp as human shields.

However the soldiers have "not entered the camp, but have been besieging it from the north and the east," Halwani said.

By long-standing convention the army does not enter Lebanon's 12 Palestinian refugee camps leaving security inside to militant groups.

The US has expressed strong support for the army operation while expressing concern for the plight of the civilians.

"The Lebanese government is doing what it needs to be able to fight against a very dangerous terrorist group, and to bring law and order throughout the country," State Department spokesman Tom Casey, a spokesman for the state department, said.