Lebanon claims fighting is over, declares victory in refugee camp

Lebanon's defense minister declared victory Thursday over the Fatah Islam group, saying it had been crushed after a monthlong military assault on its stronghold in a northern refugee camp. 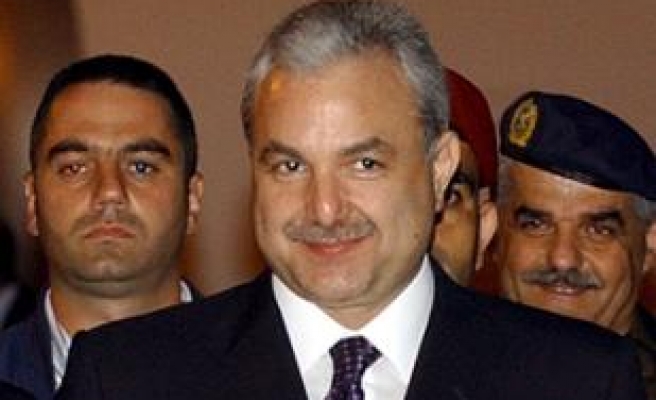 Lebanon's defense minister declared victory Thursday over the Fatah Islam group, saying it had been crushed after a monthlong military assault on its stronghold in a northern refugee camp.

A Muslim cleric who has been acting as a mediator said later that Fatah Islam agreed to stop firing, and calm descended over the Nahr el-Bared camp outside the port of Tripoli

"The Lebanese army has destroyed all Fatah Islam positions," Defense Minister Elias Murr said on the private Lebanese Broadcasting Television. "The army is combing the area. This organization has been uprooted."

Sheik Mohammed Haj of the Palestinian Scholars Association, a mediator who met with the group's leaders in recent days, said Fatah Islam "has declared a cease-fire and will comply with the Lebanese army's decision to end military operations."

He said the group would abide by conditions set by the army to end the fighting, but he would not elaborate. TV stations and newspapers said the deal included handing over Fatah Islam's wounded and dismantling the group.

Murr said that "the military operation is over," but stressed that the camp would remain "a theater of operations and under siege" until the group surrendered.

He said a "large number" of Fatah Islam commanders had been killed over the past month, while leader Shaker al-Absi, deputy leader Abu Hureira and others were on the run, suggesting they were hiding in the camp among several thousand Palestinian civilians still holed up there.

A few hours before Murr's announcement, sporadic shooting by army artillery and tanks could be heard in the camp as plumes of black and white smoke rose into the sky.

"What is happening now is some cleanup that the army's heroes are carrying out, and dismantling some mines," he said.

His comments came after a few days of heavy combat in which soldiers destroyed several compounds that housed Fatah Islam positions on the camp's fringes in what has become known as the "new camp." It appeared parts of the old camp — the densely populated neighborhoods where most of the Palestinian refugees lived — remained outside army control.

Murr said 76 soldiers were killed and 150 wounded in the fighting, which began May 20 on army posts around the camp.

Some Cabinet ministers and members of the anti-Syria governing coalition have claimed Fatah Islam was created by Syrian intelligence to destabilize Lebanon, a charge denied by both Syria and Fatah Islam.

Earlier Thursday, Murr cautioned the country's politicians against concluding that Fatah Islam have links with Syria, saying it was too early to tell, according to Nahar Ash-Shabab, a weekly supplement of Lebanon's leading An-Nahar newspaper.

"So far, there is no answer, and we have to wait for the next days," he was quoted as saying.

Asked whether fighting in Nahr el-Bared could be repeated in Ein el-Hilweh, another Palestinian refugee camp , Murr replied: "Any attack on any Lebanese or soldier, they know what the response will be."