As fighting at the Nahr al-Bared refugee camp in northern Lebanon entered its second month, three army soldiers were killed in combat. 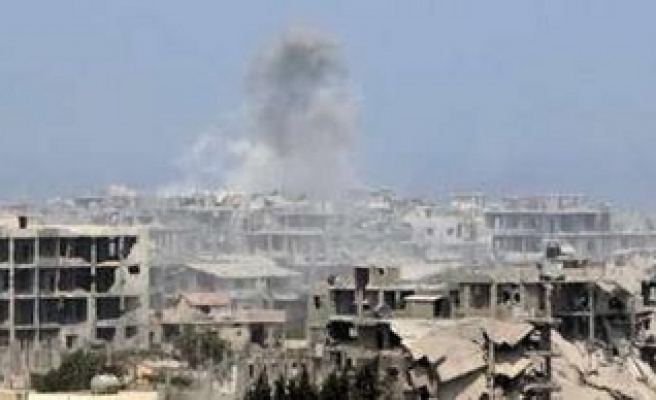 As fighting at the Nahr al-Bared refugee camp in northern Lebanon entered its second month, three army soldiers were killed in combat.

A Lebanese security source and a Palestinian political source said the army appeared to be close to crushing Fatah al-Islam's positions on the outskirts of the coastal camp on Monday.

A security source also said the fighting, which started after Lebanese troops tried to capture men said to be involved in a robbery, could end within days.

"The army is close to controlling all the areas outside the [official] boundaries of the camp," the source said.

Black smoke again billowed above the camp, now badly damaged by days of shelling, as the army tried to take out the group's firing positions.

A Palestinian source said efforts were under way to arrange a ceasefire that would put the army in control of the outskirts of the camp and leave fighters restricted to a small part of it.

Negotiations would then begin over the fate of the remaining Fatah al-Islam members.

A military source said: "We achieved the destruction of the Samed position on the northeastern side of the camp yesterday and the Lebanese flag now rises from there."

The Samed complex, which had been used as a weapons store and training centre, was one of Fatah al-Islam's main positions.