UN Security Council has voted to set up an international court to try suspects in the murder of Lebanese ex-premier Rafiq Hariri in a move at once applauded and condemned in the deeply-divided country. 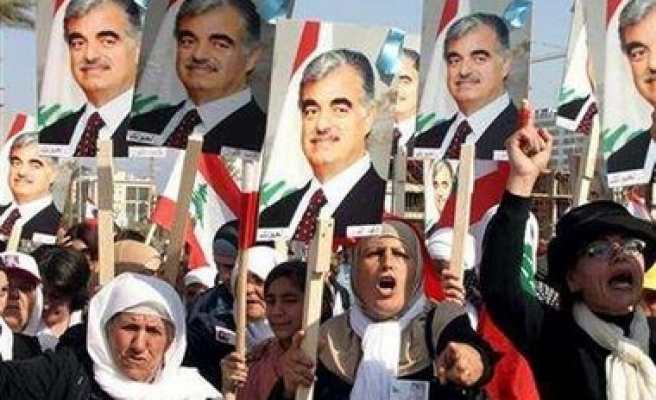 The United Nations (UN) Security Council has voted to set up an international court to try suspects in the murder of Lebanese ex-premier Rafiq Hariri in a move at once applauded and condemned in the deeply-divided country.

The legally binding resolution, which was narrowly approved late yesterday, sets June 10 as the date for a 2006 agreement between the UN and the Lebanese government to establish the court enters into force.

On the streets of Beirut, Hariri supporters set off fireworks and celebratory gunfire, voicing hope the court will finally uncover the truth of the 2005 murder of the popular billionaire prime minister which sent shockwaves through the nation.

"It is a historic moment... the court is not about vendettas, but about justice for all," said Hariri’s MP son Saad, leader of the anti-Syrian parliamentary majority. He described the vote as "an opportunity for all Lebanese to unite."

But there are also fears the decision could further upset the fragile stability of Lebanon, in the grip of a deep political crisis and renewed security fears over a standoff between the army and an fighters.

Syria which has been widely blamed for the killing, and its allies in Beirut said the vote smacked of foreign meddling.

Ten of the Security Council’s 15 members voted in favour of Resolution 1757, with veto-wielding members Russia and China as well as SA, Indonesia and Qatar - three non-permanent members - abstaining.

Hariri and 22 other people were killed in a massive truck bombing on the Beirut seafront in February 2005, triggering a groundswell of domestic and international protests that forced Syria to end nearly 30 years of military domination.

An initial UN inquiry implicated Damascus and its allies in Lebanon, where four pro-Syrian security chiefs were arrested in late 2005. But Syria has vehemently denied any involvement.

Lebanese Prime Minister Fuad Siniora said a trial would allow for "the truth, the whole truth and nothing but the truth" to be revealed, saying the court is "not directed against anyone and especially not sister Syria."

The project has been at the heart of a long-running political dispute that has paralysed Siniora’s government since the opposition pulled out six cabinet ministers in November.

Western powers had put forward the resolution to impose the court unilaterally after UN chief Ban Ki-moon reported that Lebanon’s political rivals had failed to agree on ratifying the 2006 accord.

The tribunal, which will be held in an as yet undetermined "neutral" location, is not likely to be up and running for several months at least and it is not clear how it will operate if it has no suspects to try.

"This is an Israeli-American resolution par excellence, which cannot be interpreted as the will of the international community, as the strong divisions on the Security Council demonstrated," Syria’s official Tishrin newspaper said.

The six co-sponsors - the US, Britain, France, Belgium, Slovakia and Italy - hailed the text while other nations expressed concern about interfering in an already unstable situation.

"The Security Council has demonstrated its support for the government of Lebanon and its commitment to the principle that there shall be no impunity for political assassinations, in Lebanon or elsewhere," British Foreign Secretary Margaret Beckett said.

However, Syria’s UN envoy Bashar Jaafari opposed the move, saying: "Definitely this is something that goes against the interests of the Lebanese people and Lebanon as a whole."

And Russian ambassador Vitaly Churkin objected to the reference to Chapter Seven of the UN Charter, used in cases of threats to international peace and security.

He also called the resolution "dubious from the standpoint of international law" as it bypasses the requirements of Lebanon’s constitutional process.

And in Berlin for talks with the quartet of main Middle East players, Russian Foreign Minister Sergei Lavrov warned that a sharp increase in US military aid earmarked for Lebanon could destabilise the country.

"New York has imposed the tribunal on Lebanon... who will impose harmony between the Lebanese?" demanded pro-Syrian newspaper As-Safir.