The formation will end weeks of wrangling over portfolios between the U.S.-backed majority coalition and Hezbollah. 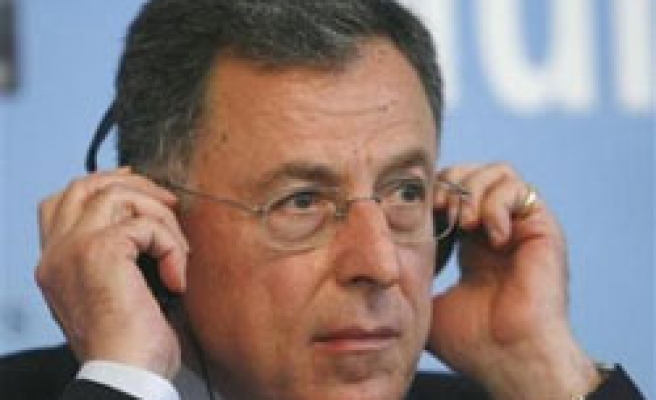 Lebanese leaders agreed on a unity government on Friday that gave veto power for the Hezbollah-led opposition as agreed under a deal that ended a paralysing political conflict in the country.

The formation will end weeks of wrangling over portfolios between the U.S.-backed majority coalition and Hezbollah and its allies.

Lebanon formed a unity government on Friday in which Hezbollah and its allies hold effective veto power, as agreed under a deal that ended a paralysing political conflict in the country.

The birth of the government, the first under newly elected President Michel Suleiman, should close a long political crisis that had threatened to plunge Lebanon into a new civil war.

But it also marks the start of a challenging new era in which leaders must contain rising sectarian tensions, prepare for a parliamentary election next year and start talks on the fate of Iranian- and Syrian-backed Hezbollah's military wing.

"This government has two main tasks: regaining confidence in the Lebanese political system... and securing the holding of a transparent parliamentary election," Siniora told reporters.

The new team has one Hezbollah minister in addition to 10 ministers from its Shi'ite, Druze and Christian allies.

The opposition was guaranteed 11 of the cabinet's 30 seats under a May deal to defuse a conflict that had sparked some of the worst fighting since the 1975-90 civil war. All major decisions require a two-thirds majority or 20 cabinet votes.

The Qatari-brokered May 21 agreement opened the way for Suleiman's election four days later, but factional squabbling over portfolios had held up the formation of a government.

The cabinet's main task will be to ease sectarian and political tensions to avert further violence, adopt an election law already agreed in the Qatar talks, and supervise next year's election.

With the government in place, Suleiman is expected to call rival leaders for round-table talks on divisive issues.