The fighting between the Sunni Bab Tibbaneh district and Alawite Jabal Mohsen district had erupted overnight on Wednesday and continued late into the night. 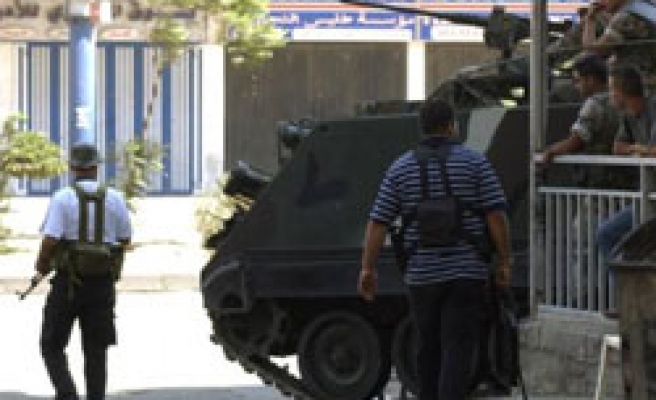 Lebanese troops deployed in volatile districts of the northern city of Tripoli on Thursday, ending 24 hours of sectarian clashes that killed four people and wounded 75.

The military moved in after religious and political leaders of the mainly Sunni Muslim port brokered a ceasefire agreement between Sunni Muslim supporters of the government and Alawite gunmen close to the opposition, led by Shi'ite Hezbollah.

The fighting between the Sunni Bab Tibbaneh district and Alawite Jabal Mohsen district had erupted overnight on Wednesday and continued late into the night.

Scores of families had fled the hotspots and sought shelter in other parts of Tripoli, Lebanon's second largest city.

Tripoli is dominated by the country's anti-Syrian Sunni-led majority coalition while a majority of Alawites maintain close ties to Syria, which is ruled by Bashar al-Assad, an Alawite. Alawites are a small offshoot of Shi'ite Islam.

Lebanon ended an 18-month political crisis in May with the Western-backed coalition and the Hezbollah-led opposition reaching an accord mediated by Qatar. The conflict had led to a violent showdown between the two sides in Beirut.

Delays in the formation of a national unity government, as stipulated in May's accord, have raised fears of a further deterioration in the security situation.