Palestinian President Mahmoud Abbas came away disappointed from talks in Washington on Israeli-Palestinian peace and is pessimistic about prospects for a deal this year, aides said on Sunday. 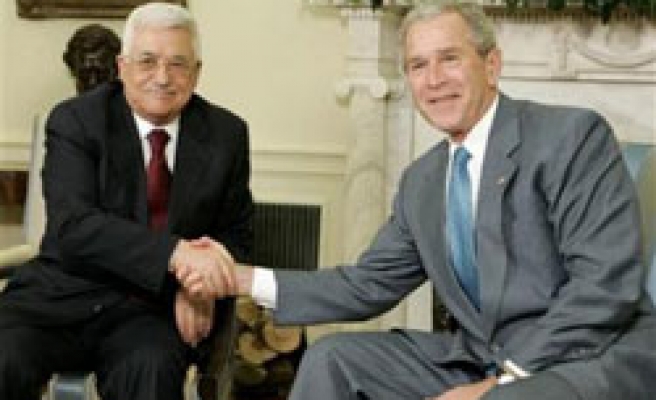 Five months after the United States hosted a Middle East peace conference in Annapolis, Maryland, negotiations between Israel and the Palestinians on the key issues of their conflict have shown no visible progress.

Abbas's talks in the U.S. capital last week with President George W. Bush and Secretary of State Condoleezza Rice appeared to do little to move the sides closer to an agreement Washington claims to clinch before Bush leaves the White House in January.

"Upset, alarmed and disappointed," was how one Abbas aide described the Palestinian leader's mood after a meeting with Rice on Thursday.

Aides said the Palestinian delegation left Washington with the impression that Abbas would be offered less land in a U.S.-brokered deal with Israeli Prime Minister Ehud Olmert than he has been seeking for a state in the West Bank and Gaza Strip.

"We heard from the Americans that Israel would not accept the return of Palestinian refugees, Jerusalem would be divided, Israel wants to annex settlement blocs, and so in short, what we are being offered is much less than the 1967 borders," a senior aide said.

Israel said it would never return to lines it held before the 1967 war in which it captured the West Bank, the Gaza Strip and Arab East Jerusalem, which the Palestinians want as the capital of a future state.

Olmert, echoing his predecessor, Ariel Sharon, has said Israel intended to hold onto major blocs of Jewish settlements in the West Bank, enclaves deemed illegal by the World Court and which Palestinians fear will deny them a viable state.

But Abbas aides said Palestinians saw Bush's call at Annapolis for Israelis to "show the world that they are ready to begin to bring an end to the occupation that began in 1967" as clear U.S. opposition to unilateral annexation of captured land.

"I am concerned ...we could be offered less land. I asked Mr Bush during our talks to publicly reiterate his position for the creation of a state on lands occupied in 1967," Abbas told Reuters in an interview after the visit.

He said Palestinians would insist on being compensated with land inside Israel for any West Bank territory that Israel would seek to keep.

"We were also disappointed because U.S. officials did not show they were willing to press Israel to alleviate the lives of Palestinians by halting settlements' expansion and removing roadblocks, things that would give at least some credibility to the peace process," a senior Palestinian official said.

Following a recent visit by Rice, Israel announced plans to remove 61 of the hundreds of barriers it has erected in the West Bank.

But a U.N. survey subsequently found that only 44 of the 61 barriers had been removed and that most of them were of little or no significance.

Aides said that despite his disappointment, Abbas intended to continue negotiating with Israel at least until the end of the year, although he feels a deal could be out of reach before the next U.S. president takes office.

If talks fail, the Palestinians would find themselves in a "very difficult position", Abbas told Reuters, voicing concern any momentum towards an agreement would be lost in the early days of a new U.S. administration.

Palestinian officials said Abbas would try again to persuade Bush to push Olmert harder for a deal when they meet in Egypt in mid-May after the U.S. president visits Israel to mark its 60th anniversary.

"We might have to seriously think now of a fallback position if we don't get a deal this year, at least to ensure continuity," one senior Palestinian official said.