Former Liberian President Charles Taylor boycotted the opening of his war crimes trial and his assigned lawyer walked out of the courtroom in a dramatic opening to the landmark first international tribunal of a former African leader. 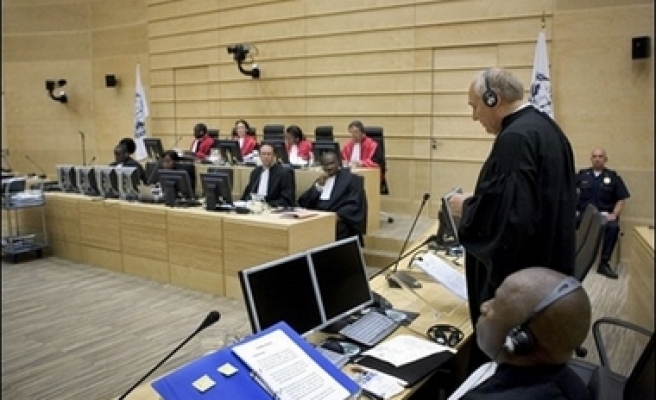 Former Liberian President Charles Taylor boycotted the opening of his war crimes trial and his assigned lawyer walked out of the courtroom in a dramatic opening to the landmark first international tribunal of a former African leader.

Lawyer Karim Khan said Taylor had fired him and wanted to act has his own defense attorney. Khan walked out even though Presiding Judge Julia Sebutinde of Uganda repeatedly directed him to continue to represent Taylor, if only for the opening day.

Apologizing and defying threats of contempt of court, Khan gathered his files and left the room.

"This is not defense counsel making some cheap trick," Khan told The Associated Press outside the courtroom. Taylor "thought this was a railroad to a conviction and in those circumstances, he exercised his right to terminate my representation and to represent himself."

The court ordered the trial to continue, and Chief Prosecutor Stephen Rapp began his opening statement.

Taylor, 59, who has pleaded not guilty to 11 charges of war crimes and crimes against humanity, faces a maximum sentence of life imprisonment if convicted.

The prosecution was making a four-hour opening statement Monday, after which the case was to adjourn for three weeks. It was unclear who would be sitting on the defense bench when it resumes June 25. The trial was expected to last 18 months.

Taylor was not in court Monday, but in a letter read to judges by Khan, he claimed he had been prevented from seeing a court official mandated with making sure he is properly defended and that his one court-appointed attorney was heavily outgunned by the prosecution team of nine.

"At one time I had confidence in this court's ability to dispense justice. Over time, it has become clear that confidence has been misplaced," Taylor's statement said. "I will not receive a fair trial."

Taylor's supporters say he has been unfairly targeted by prosecutors and that his defense team has not had enough time to prepare. "He's taking the blame for what others did," said his daughter, Charen Taylor, who grew up in the United States and dropped out of college to help organize his defense.


The atrocities in Sierra Leone's 1991-2002 civil war are well-documented. Fighters — often children drugged and turned into merciless killers at brutal rebel training camps — murdered thousands of men, women and children and mutilated more by hacking off hands and limbs with axes and machetes. Women were raped and abducted to become sex slaves.