Libya accepted an apology from an Italian minister whose T-shirt offended Muslims in 2006. 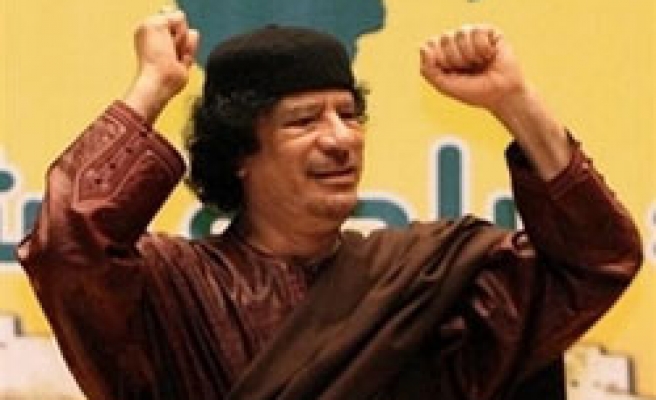 Libya accepted on Friday an apology from an Italian minister whose T-shirt offended Muslims in 2006, and withdrew threats of "repercussions" against Italy over the anti-immigrant party politician's inclusion in a new government.

Roberto Calderoli of the Northern League was named this week as a member of the new administration of Silvio Berlusconi, who was installed as prime minister for a third term.

A statement from the Libyan embassy in Rome said Libya noted "with satisfaction" the "public statement of regret" by Calderoli and, after further contacts with the Italian authorities, considered that "the case is closed".

Berlusconi, facing a diplomatic clash -- and possible energy sanctions -- after Libya made clear its anger at his choice of minister, said earlier he was "confident we will be able to clarify and calm down the situation with Libyan authorities".

Calderoli quit Berlusconi's last government in 2006 after wearing a T-shirt with a Danish cartoon of the Prophet Mohammad that angered Muslims worldwide. He was blamed for rioting that broke out at Italy's consulate in the Libyan city of Benghazi.

Libya had warned of "catastrophic consequences" if Calderoli became a minister again and reacted to his swearing-in on Thursday by saying it would no longer cooperate on preventing illegal immigrants from Africa landing on Italian shores.

The Libyan government was reported to be preparing sanctions against Italy such as shelving an agreement to extend the activities of Italian energy company ENI in Libya.

Returning as minister for "simplification" -- a new post without a full ministerial portfolio -- Calderoli was asked by Italian television about Libya's angry response to his appointment, and whether he regretted the T-shirt incident.

"Mine was a message of peace and rapprochement between the monotheistic religions but was misunderstood," he said. "I hope there aren't any problems today linked to something in the past that should be considered water under the bridge."

The Libyan embassy's statement said Calderoli had had further talks with the ambassador "during which he clarified the sense of the declarations he had already made to the media of the two countries."

New Foreign Minister Franco Frattini earlier on Friday called Libya "a friend" and said Italy "is committed to helping to develop those initiatives of strong collaboration with Europe that Libya wants."

Italy is Libya's main trading partner in Europe and ENI's Libyan assets are the subject of negotiations in the company's landmark cooperation deal with Russia's Gazprom.

Earlier on Friday Libya had demanded that Calderoli either step down or apologise for the 2006 episode.

"If the Italian government does not adopt one of these two options, it has to prepare itself for confronting the repercussions from its choice," the Gaddafi International Foundation said in a statement posted on its Web site.

Since the T-shirt incident, Calderoli has continued to offend Muslims in Italy by protesting at the construction of new mosques and threatening "pig day" protests to defile them. He once walked his own pet pig over a site intended for a mosque.

The Northern League, a long-standing ally of Berlusconi, is know for its vehement anti-immigrant rhetoric. The party made surprise gains in mid-April's election and was rewarded with four cabinet posts, including the Interior Ministry.