The FIGL announced its presence in 1995, vowing to topple Gaddafi and launching a campaign in the OPEC country. 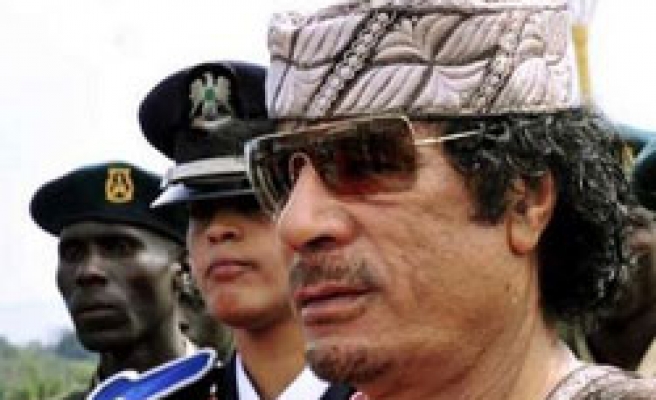 Jailed leaders of Libya's main Islamist group are talking to the government about abandoning their armed struggle, a former senior member of the organisation said in remarks published on Sunday.

Speaking after a visit to imprisoned members of the group in Tripoli's Abu Salim prison last week, Othmane said the men would soon reach "new convictions that condemn armed struggle after Libyan security had offered facilities for dialogue and the revision of thinking", the newspaper reported.

The FIGL announced its presence in 1995, vowing to topple Gaddafi and launching a campaign in the OPEC country.

The newspaper said the Gaddafi Foundation charity chaired by Saif al-Islam, one of Gaddafi's sons, had been involved in the talks between the FIGL leaders and Othmane, whom the newspaper described as based in London.

Saif al-Islam officially holds no government job but is his father's most trusted envoy.

In April, Libyan authorities released 90 FIGL members from prison after talks between the movement and the foundation. The freed men represented one third of the group's members still held in Libyan jails, the foundation said at the time.

Abu Salim was the scene of riots in October 2006 in which one prisoner died and 17 were injured in clashes with guards and police. In June 1996 several people were killed when police clashed with hundreds of political prisoners at the prison, Libyan authorities announced at the time.

Human rights groups have said hundreds of people were killed in the 1996 clash.

The newspaper reported Othmane as saying he had met FIGL chief Abdullah al-Sadeq, captured in Thailand in 2004, and his deputy Khaled al-Sherif, otherwise known as Abu Hazem. He had also met FIGL prisoners sentenced to death.