The Libyan premier said after the talks he had discussed the possibility of Russian cooperation in building an atomic power station in Libya. 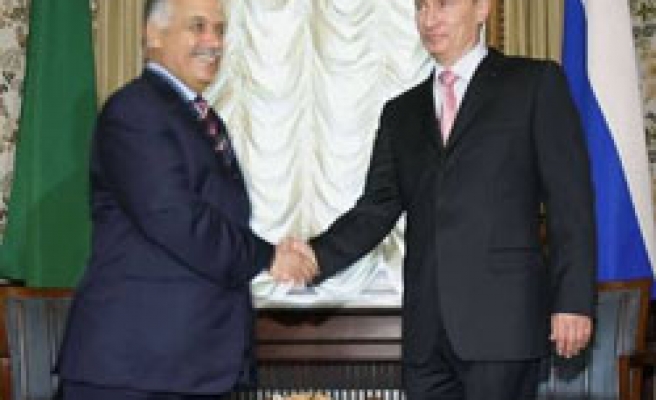 Libya sought to strengthen energy ties with Russia on Thursday, an alliance that could raise alarms in Europe where countries had looked to Libya to help ease their dependence on Russian oil.

"We would like to achieve bigger volumes in investment cooperation between Russia and Libya in the oil and gas sectors," Libyan Prime Minister al-Baghdadi Ali al-Mahmoudi said at the start of talks with his Russian counterpart, Vladimir Putin.

The Libyan premier said after the talks he had discussed the possibility of Russian cooperation in building an atomic power station in Libya, Russian news agencies reported.

"The Libyan leadership has confirmed it is interested in buying high-quality produce from Russia's military industrial complex," Putin was quoted as saying by local news agencies.

Libya, a major oil and gas exporter, has become an attractive market for both Russia and the West since 2003.

Putin, then the Russian president, visited Libya in April to ensure favourable treatment for Russian firms vying with Western and Chinese rivals.

Moscow then agreed to write off $4.5 billion of Libya's debt in return for contracts going to Russian firms.

On Thursday Putin said: "We will do everything to create favourable conditions for Libyan investment in Russia. We will also work in the oil and gas sector not only in Libya, but in other third countries."

Al-Mahmoudi invited Putin to visit Libya again in late August to attend an opening ceremony of a railway built by Russian Railways, under a 2.2 billion euro contract.