Investigators found a mobile phone and a remote control device in a historic mosque during a hunt for clues to a deadly bomb blast two days ago, police said. 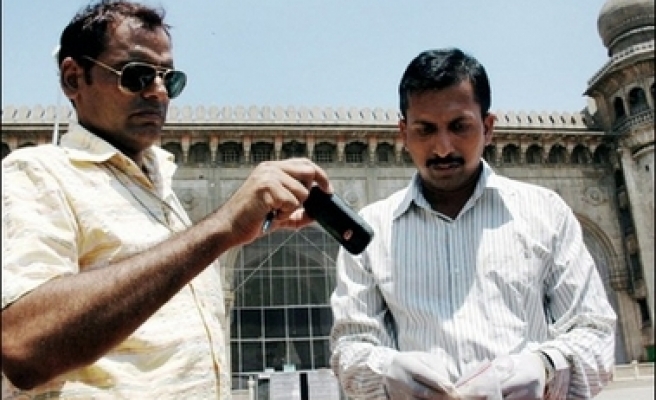 Investigators found a mobile phone and a remote control device in a historic mosque during a hunt for clues to a deadly bomb blast two days ago, police said.

"The recovery of the cellular phone and the remote control device could give us important clues to the blast incident," a senior police official said on condition of anonymity.

The police have not yet named any group or individual as suspects following the powerful explosion Friday afternoon at the 17th-century Mecca Mosque in southern Hyderabad city, capital of Andhra Pradesh state.

Following the explosion, the police defused two bombs close to the scene of the blast in the mosque, one attached to a cellular phone. A subscriber data card was recovered from this phone previously found.

About 200 people, led by a city legislator, on Sunday held a demonstration protesting police action and demanding action against officials.

As many as 10,000 worshippers were at the mosque at the time of the blast, reports said, and 1,000 people were in the area where the bomb exploded.

No group has claimed responsibility for the blast, which came nine months after the bombing of a mosque in Malegaon in western India that killed 31 people and wounded 297.

In February, 68 people were killed in the firebombing of a train travelling from India to Pakistan
Last Mod: 20 Mayıs 2007, 18:27
Add Comment