Andrei Lugovoi, a former KGB agent whom Britain has charged with the poisoning murder of Litvinenko, was due to hold a news conference at 11:00 Moscow time along with associate Dmitry Kovtun -- himself a key player in the case. 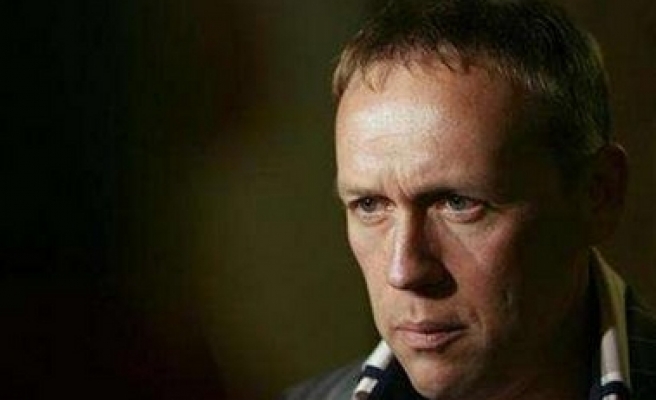 The chief suspect in the London murder of Russian ex-agent Alexander Litvinenko was set to make revelations about the case on Friday that he has already flagged as "a sensation."

Andrei Lugovoi, a former KGB agent whom Britain has charged with the poisoning murder of Litvinenko, was due to hold a news conference at 11:00 Moscow time (0700 GMT) along with associate Dmitry Kovtun -- himself a key player in the case.

Lugovoi promised last week to make "a public announcement that will be a sensation for British public opinion and will fundamentally change the evaluation of events in recent years in Britain," speaking to news agency ITAR TASS.

Suspicion fell on Lugovoi and Kovtun as Britain's probe into the poisoning unfolded late last year.

Both met with Litvinenko in a posh London hotel on November 1, the day Litvinenko fell ill, and both left traces of the radioactive isotope polonium used to poison him in various locations while returning to Russia.

Litvinenko died in agony 22 days after the meeting.

Washington waded into the fray on Wednesday by saying it supported Britain in the standoff.

"The United States supports Britain's extradition request. This was a serious crime and the matter needs to be dealt with," national security council spokesman Gordon Johndroe told AFP.

Lugovoi and Kovtun, who work together in a private security firm, have denied any wrongdoing in the case.

Litvinenko was a former secret service agent turned Kremlin critic who had received political asylum and citizenship in Britain.

On Thursday The Independent newspaper said Russian businessman Boris Berezovsky had urged Lugovoi, his former bodyguard, to talk to police in London.

Berezovsky also hinted that Lugovoi may have been coerced into killing Litvinenko, but did not elaborate, the Independent newspaper said.

"I told him, if you are not guilty, you should come to this country -- go to Heathrow and talk to Scotland Yard," the paper quoted Berezovsky as saying.

"There is no chance you will go to jail if you are not guilty.

"I told him there was a polonium trail all over Europe, including in my office, and that he had to explain it."

Berezovsky reportedly added that "all the steps of Lugovoi just confirm that he is behind" the killing.

Berezovsky, who is exiled in London and is a fierce critic of President

Vladimir Putin, warned earlier this month that Lugovoi could be killed by people trying to cover up what he claims is Putin's involvement in the murder.

The Kremlin has also denied any involvement.

Reporting the same speech, the Financial Times said that Berezovsky claimed he was funding the Other Russia opposition group, whose leaders include former chess champion Garry Kasparov.

The paper added that Kasparov has previously denied this but did not give further details.

Russia said Thursday it would not consider a swap with Britain of Lugovoi for Berezovsky, who is accused in Moscow of fraud and working to overthrow the government.