Voting was scheduled to resume Monday, with polls open from 7 am to 3 pm (0500-1300 GMT). Preliminary results were expected by Monday evening. 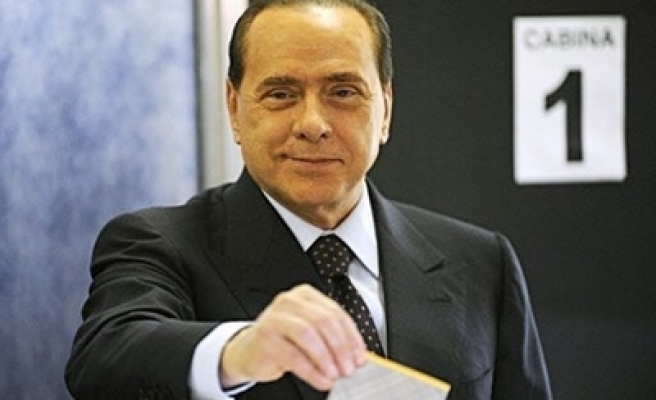 A dip in voter turnout Sunday in Italy marked the first of two days of elections, seemingly confirming predictions of growing political disenchantment in the country.

Around 63 per cent of some 50 million eligible voters had cast ballots by the time polls closed at 10 pm (2000 GMT), the Interior Ministry said. In the last election in 2006, the percentage after the first day was around 67.

Voting was scheduled to resume Monday, with polls open from 7 am to 3 pm (0500-1300 GMT). Preliminary results were expected by Monday evening.

Prime Minister Romano Prodi resigned in February, when his centre- left coalition lost a confidence vote in the Senate, the upper chamber of Parliament.

Analysts have cited voter fatigue to predict a lower turnout than in 2006, when nearly 84 per cent of eligible voters participated in what turned out to be the closest election in modern Italian history.

Opinion polls published two weeks ago suggested that Berlusconi's People of Freedom Party and its allies enjoyed a lead of 6 to 8 per cent over Veltroni's Democratic Party.

But many observers say the gap may have narrowed since a media blackout on the publication of such polls came into force at the end of March.

The same surveys indicated that a third of Italians were still unsure of their choices or even whether they would participate in the election at all.
Last Mod: 14 Nisan 2008, 11:32
Add Comment