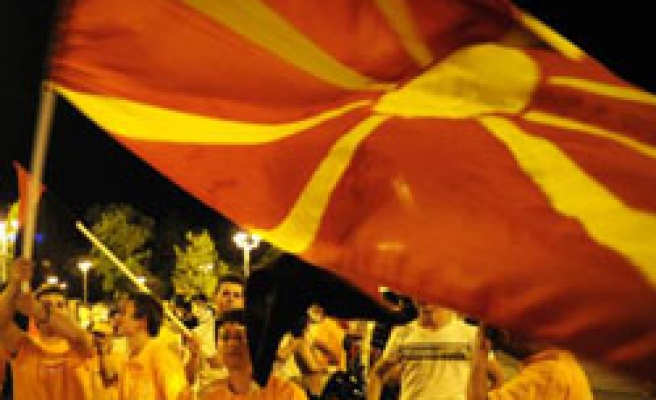 The U.N. war crimes tribunal on Thursday cleared former Macedonian Interior Minister Ljube Boskovski of responsibility for the murder of ethnic Albanians during an insurgency in the country in 2001.

However, the court found his co-accused, police officer Johan Tarculovski, guilty of murder and destruction for leading a police unit that murdered several Albanians, destroyed houses and abused villagers, and sentenced him to 12 years in prison.

Both men had pleaded not guilty to all charges.

Boskovski, one of the toughest members of the nationalist government of Orthodox Christian Macedonia during the six-month insurgency by fighters from its Muslim Albanian minority, was the last person to be indicted by the International Criminal Tribunal for the Former Yugoslavia (ICTY).

The 47-year-old was "cleared of responsibility for murder, wanton destruction and cruel treatment relating to a police attack on civilians" in the village of Ljuboten north of Skopje.

Prosecutors tried to argue Boskovski controlled the police and was responsible for failing to punish their actions.

But Judge Kevin Parker said: "It has not been established that Ljube Boskovski failed to take the necessary and reasonable measures for the punishment of the police".

The case is the only one at The Hague tribunal concerning Macedonia, which voted for independence from Yugoslavia in 1991. It broke away peacefully but erupted in ethnic violence in 2001.

According to the indictment during the attack on Ljuboten police set fire to houses with hand grenades, subjected Albanian villagers to brutal beatings with rifle butts or pieces of burning wood, and carved a large cross on the back of one man.

"Tarculovski personally led the police operation and was with the police as they moved through the village," Judge Parker said, finding him guilty of the murders of three men and cruel treatment of others.

Although Tarculovski himself was acting under orders from above, the evidence does not allow the person who gave the orders to be identified, the judge added.

Boskovski surrendered to the court in March 2005, while Tarculovski was handed over by Macedonia.

Mediation by NATO and the European Union eventually stopped the fighting, leading to the 2001 Ohrid peace accord which gave greater local autonomy to the 25 percent Albanian minority.