The Macedonian parliament opened a debate Thursday on whether it should dissolve and call for early parliamentary elections to end a paralyzing political crisis. 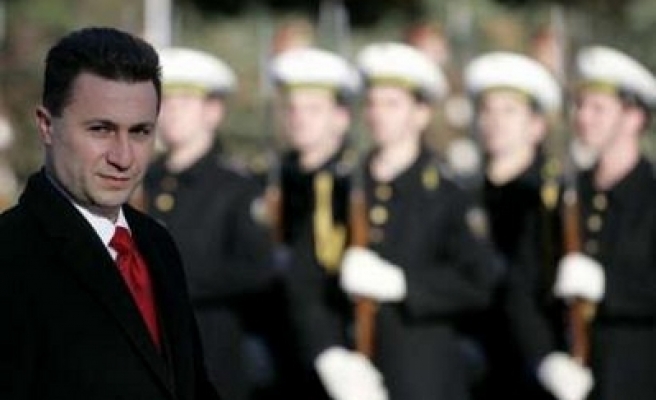 It was not clear how long the debate would last. At least 61 of the 120 legislators must back the motion to dissolve the parliament to push it through and pave the way for polls.

Most of Macedonia's parties, including the ruling coalition of Prime Minister Nikola Gruevski's nationalist VMRO-DPMNE and the Democratic Party of Albanians (DPA), said they want early elections.

"There is no better solution for the nation than early elections, so we can get a new mandate, an efficient assembly and more reform capacity for faster Euro-Atlantic integration," said Antonio Milososki, foreign minister and a member of VMRO DPMNE.

"We agreed that the institutions are blocked," DPA head Menduh Thaci said after meeting Gruevski Wednesday night. Officials indicated that the elections would be held by mid-June at the latest, three years since the previous elections and a year early.

DPA leaders have several times pulled out from the coalition and then changed their minds, most recently last month following a futile demand for more rights for the large Albanian minority and an immediate recognition of neighbouring Kosovo.

The motion for the dissolution of parliament was filed by the Democratic Union for Integration (DUI) of the Albanian Ali Ahmeti.

The DUI and the DPA are rivals both in the fight for votes of the Albanian community and for the spot of junior partner in the ruling coalition.

The main opposition party, the Social Democratic Alliance of Macedonia (SDSM), criticized the apparent plan to call early elections as a bid to avoid responsibility in the face of the reform requirements in the country's bid to join NATO and the EU.