Silvio Berlusconi, favourite to win Italy's national election on April 13-14, took an anti-Mafia message to Sicilian voters on Sunday after the release of a dozen convicted mobsters. 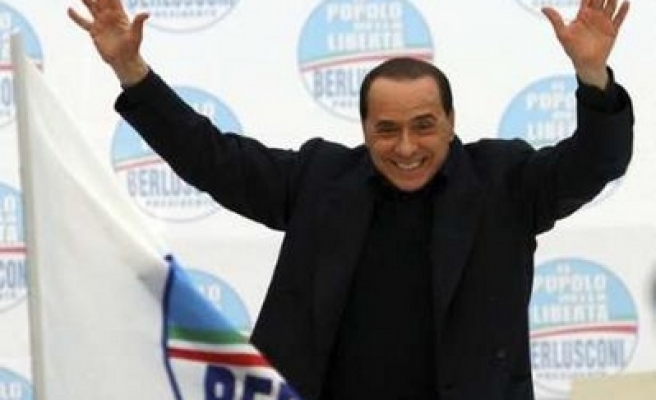 "We have already showed it in my last government, and we'll declare it again today: we're incompatible with the Mafia," Berlusconi, a two-time former conservative prime minister, told a campaign rally in Sicily's capital, Palermo.

Organised crime has been an undercurrent in the campaign for the election, which is being held three years ahead of schedule after the January collapse of Italy's 61st government since World War Two.

Naples' version of the Mafia, the Camorra, is believed to be partly responsible for a trash collection crisis that gave Berlusconi ammunition with which to attack the outgoing centre-left government.

Centre-left candidate Walter Veltroni, the former mayor of Rome campaigning on a "change" platform, spoke out this weekend against the Mafia and an Italian justice system plagued by delays.

In the latest incident, 12 convicted mobsters in Sicily were provisionally released from prison because of a technicality ahead of their appeal, a highly unusual move. "Those who have wronged must pay," said Veltroni who is 5 to 9 percentage points behind Berlusconi in the polls.

Both candidates pledge to help consumers, who have been pummelled by price hikes for basic foods like bread and pasta just as the economy slows.

Berlusconi's centre-right enjoys strong support in Sicily and he reminded voters his last government ended in 2006 with one of the most-high profile Sicilian Mafia arrests, the capture of Cosa Nostra "boss of bosses" Bernardo Provenzano.

"I recall that during our government more than 30 major fugitives and a top Mafia boss were captured," Berlusconi sa/id.

In the past, the centre-left accused the centre-right of being too soft on the Mafia. It has also benefited from anti-Mafia investigations into centre-right politicians.

These included former Sicily governor Salvatore Cuffaro who was convicted in January of helping people linked to the Mafia. Berlusconi had publicly defended Cuffaro, even though he was from a different, centrist political party.
Last Mod: 07 Nisan 2008, 08:51
Add Comment