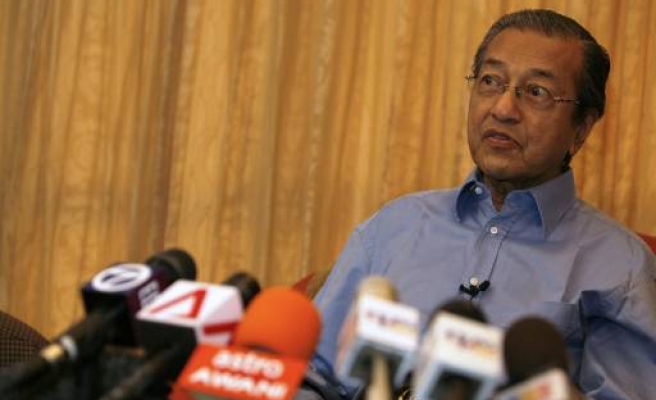 His government, meanwhile, joined the international community in strongly condemning the 15-minute film, calling it disrespectful and insensitive.

"If Muslims unite, it will be easy to take action," Mahathir was quoted as saying by the Malay-language Utusan Malaysia. "If we boycott Dutch products, they will have to close down their businesses."

His office could not immediately be reached for comment.

Geert Wilders' movie, titled "Fitna," or "ordeal" in Arabic, was posted online Thursday but removed from the site, one day later. It has since been widely dispersed on other file-sharing sites.

Foreign Minister Rais Yatim said in a statement late Saturday that Wilders "must bear full responsibility over the release of the movie and the consequences of his action."

"Portraying Islam as a religion advocating extremism is not only misleading and erroneous, but also blatant disregard and utter disrespect for Islam and the sensitiveness of the Muslim world," he said.