The United Nations General Assembly has elected Srgjan Kerim of the former Yugoslav Republic of Macedonia as the President of its upcoming session. 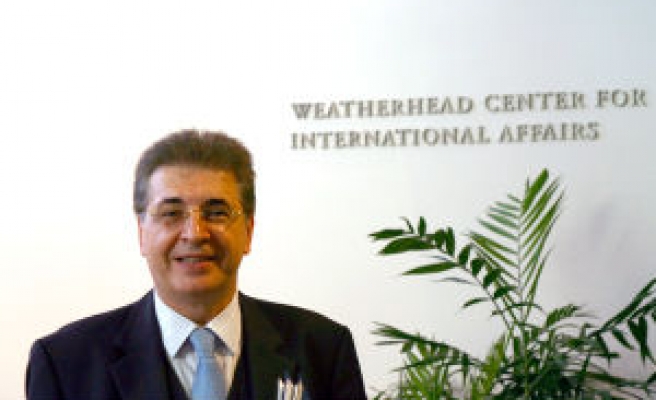 The United Nations General Assembly has elected Srgjan Kerim of the former Yugoslav Republic of Macedonia as the President of its upcoming session.

Kerim, who will assume his new role at the start of the Assembly's sixty-second session in September, served as his country's ambassador to the UN from 2001 to 2003 as well as in several positions within his national government.

He has a doctorate in economic science and is currently the General Manager of the South-East European arm of the WAZ Media Group.

In his acceptance speech, Kerim asserted that the 192-member Assembly must spearhead the effort for effective multilateralism.

“The major challenges of our times transcend borders,” Kerim stated. “Globalization, climate change, terrorism, immigration and sustainable development cannot be entirely solved within national borders, or at the regional level.”

Failures the world body has experienced, he noted, are not rooted in deficiencies within the UN system, but rather “in the lack of political will of individual member states to cooperate within the multilateral framework.”

Tackling global warming and achieving the Millennium Development Goals (MDGs), eight targets for tackling poverty, hunger and other social ills by 2015, are among his top priorities.

“Climate change has implications for every aspect of our daily life; from the environment, health and energy, to economic development, human rights, peace and security, and global governance,” he said.

He underscored that, although the UN Framework Convention on Climate Change (UNFCCC) serves as the basis for negotiations on the issue, the Assembly should provide a forum for concerted action.

Regarding the anti-poverty targets, Kerim said that meeting the MDGs is “above all a test of our moral obligations and the ethical values that are enshrined in the UN Charter.”

Briefing reporters after accepting the presidency, he noted, “I will do my best to make the presidency as transparent as I can.” As a former Foreign Ministry spokesperson, he said that he understand the work of the media and expressed his willingness to be open with the press.

Secretary-General Ban Ki-moon offered congratulations on the election, saying that “as a seasoned diplomat, a prolific scholar and a successful businessman, Kerim will bring a wealth of experience and talent to leading the work of the General Assembly and making it more effective.”

Ban also emphasized the importance of the Assembly’s role, since the body “is needed to implement the most essential reforms and adapt the Organization to the realities of the twenty-first century.”

His vast experience in both the public and private sectors will be an asset, she said. “Strength of character, tireless commitment and determined leadership will be necessary to facilitate compromise and foster greater trust among Member States.”

Sheikha Haya also pledged to work closely with Kerim to ensure a seamless handover of the Presidency.

Both the incoming Assembly President and the Secretary-General paid tribute to Sheikha Haya, a legal expert whose long career included championing women’s rights, and her work during her tenure as the Assembly’s leader.

Noting that he was fortunate to receive Sheikha Haya’s guidance upon assuming the position of Secretary-General, Ban said that Kerim will benefit greatly from her “steadfast support, wisdom and dedication of [her] leadership.”

Kerim praised her for her guidance and for her numerous accomplishments, including building on the historic 2005 World Summit, which acted as a starting-point for a host of reforms, dealing with issues from human rights, terrorism and peacebuilding to economic development and management overhaul.

He also lauded her successes in strengthening Economic and Social Council (ECOSOC), which is mandated to coordinate the development work of the UN system. Last Mod: 25 Mayıs 2007, 19:38
Add Comment