Attacks with makeshift bombs killed 80 percent of all U.S. forces who died in combat in Iraq over the last three months, despite the billions of dollars spent to defend the troops with armored vehicles, to detect or disrupt the weapons, or to attack the b 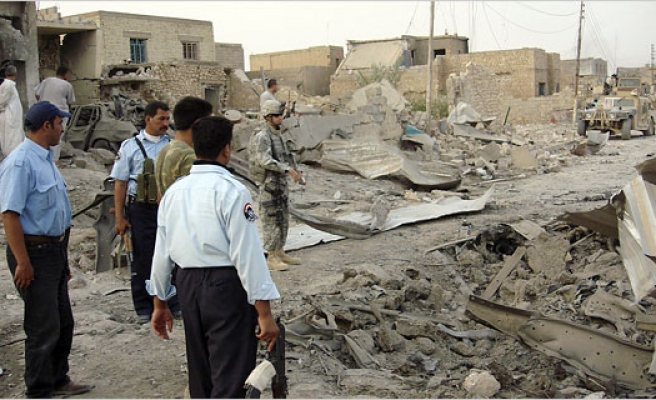 The proportion of American deaths caused by explosives represents a sharp increase this year, one that coincides with the more aggressive missions being conducted by U.S. forces in Iraq as part of the stepped-up operations that President George W. Bush ordered in January. The overall number of American deaths was higher in April and May than in any previous two-month period of the war.

Senior U.S. military officers have predicted continued, high rates of casualties at least into autumn, and they expressed particular frustration at their inability to defeat the threat from the bombs, known as improvised explosive devices. In an interview, the director of a Pentagon task force called the "Joint IED Defeat Organization" said he recognized that the threat could not truly be defeated.

"It can be mitigated, minimized, made into a nuisance," said General Montgomery Meigs, the retired army four-star officer who took over the project in December 2005. "This is a very tough problem."

The military plans to spend more than $4 billion to combat roadside explosives this year, after spending a total of $5 billion over the three previous years. The spending has led to the deployment of better-armored vehicles to protect soldiers and new technologies to detect and disrupt attacks. But the share of American deaths caused by makeshift bombs in recent months is as high as it has ever been.

Pentagon statistics issued Friday showed that May was the third-deadliest month of the entire war in Iraq. The official combat death toll for May stood at 106 early Friday, but fatalities from the last four days will not be included until next-of-kin are notified, officials said. The total for the month was expected to top 120.

As recently as January, explosives planted along roadways, packed inside vehicles or worn by suicide-bombers claimed only about half of all American combat fatalities, according to Pentagon statistics. But the figure has climbed since to 59 percent in February and an average of 80 percent in March, April and May.

Pentagon officials said they did not compute those monthly statistics before this year, but experts said IEDs were responsible for about 70 percent of the overall combat deaths in Iraq.