In addition to being an institution of moral and spiritual uplifting, mosques in the Southern African country of Malawi are taking a leading role in helping serve the wider community. 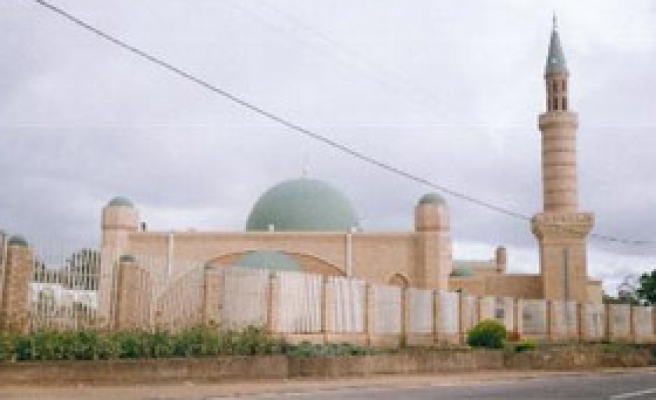 In addition to being an institution of moral and spiritual uplifting, mosques in the Southern African country of Malawi are taking a leading role in helping serve the wider community.

"It would be an understatement to deny credit and kudos to local mosques for what they are doing in providing clean water to people in both cities and rural areas," David Odali, a human rights activist, told IslamOnline.net.

He commended mosques for dipping boreholes that have helped subdue problems caused by intermittent water supply in their localities.

A survey by IOL correspondent showed that almost every mosque in the city of Blantyre and the capital Lilongwe have reliable boreholes supplying the locals, irrespective of their religious backgrounds, with water.

Water supply in cities and rural areas is often interrupted by water shading as a result of rampant vandalism and theft of water supply infrastructure.

Official statistics say Muslims make up to 12 percent of the estimated population of 12 million, but the umbrella Muslim Association of Malawi puts the figure at around 36 percent.

Islam is the second largest religion after Christianity.

Several mosques across the Southern African country are also offering health care services for the locals, both Muslims and non-Muslims alike.

Good examples of clinics being run by mosques are the Madina Social Service some 8 kilometers on the outskirts of Blantyre and Assalam Clinic in the predominantly-Muslim district of Mangochi.

Although these facilities are operated at mosques, they are open to people of all faiths.

These facilities are set to be models for other mosques across the country.

Meanwhile, there are mobile clinics being run in areas that are not well served by the government's health service right across the country.

"Most organisations under the mandate of the MAM now operate health centres in cities and remote areas to ensure that all people have access to medical assistance regardless of religious leanings," Sheikh Chabulika emphasised.

He singled out clinics being run by the Bilal Trust, Munadhamat Dawah Islamia (MDI), Al Barakah Charity Trust and the Association of Sunni Madrasahs (ASUM) as examples of thriving projects emanating from ideas mulled at local mosques but now enjoy unprecedented growth across the country.

These organisations are also involved in the day-to-day running of mobile clinics to reach out to the remotest rural areas where medical facilities are almost non-existent, if not inaccessible.

Services at these clinics are offered to all the people without consideration of their faiths.

"We are planning to send more young Malawians for training in health-related disciplines abroad for specialised training," Altaf Gani, Chairman of the World Association for Friends of Africa (WAFA), told IOL recently.

"Upon return, they would help provide the much-needed services in the health sector."

Other Islamic organisations such as the Al Barakah Charity Trust have plans in the pipeline to establish training colleges and universities.

The Malawi government is grappling with the counter-product effects of brain-drain.

Government estimates that over 50 percent of human resources trained by the state in the health sector dumped the civil service to seek greener pasture in Europe or neighbouring countries.

In ensuring that democratic values are well entrenched in the fabric of society, mosques are being regarded as a bedrock and an essential institution in decision making.

In mi-April, representatives from mosques across the country were invited to a constitutional review to put forward input from their contemporaries back home.

"We appreciate that government value our input, as religious people, on matters that are not directly linked to religion but on such issues as democracy and the rule of law," Dr. Imran Shareef Mahommed, MAM's secretary general, told IOL.

He said this will enable people at local level to participate in decision-making processes on issues of national interest.

Mahommed, a lecturer at the University of Malawi, stressed that this process creates an enabling environment for coexistence among peoples of diverse backgrounds, ethnicity and religion.

"We respect the beliefs of our trainees and our courses have nothing to do with religion," Muhammad Aqeel, national coordinator for the organisation, told IOL.

He stressed, nonetheless, that only women of good character are eligible for such trainings.

"We identify poor and exemplary women in society for the training."

The community services offered by mosques and Muslim organizations are seen as being successful in building bridges with the wider community.

"This open up gates of mosques to a lot of people and help dispel misconceptions that they are only meant for prayers," agreed Chabulika.

"In fact, people's attention can easily be attracted by the non-religious roles they are engaged in at community level."

Amin said if Muslims were to segregate people of other faiths and embark on developmental projects in isolation, odds would be against them.

"Islam teaches modest, but if we segregate other people for petty reasons then we would be causing an irreparable dent on the reputation of our faith."

He said issues of national interest require concerted action from diverse quarters to ensure that the country achieves sustainable development.

"We are supposed to show that Islam accommodates views of other faiths to some extent."