The Election Commission will meet on Wednesday to decide on the election date. 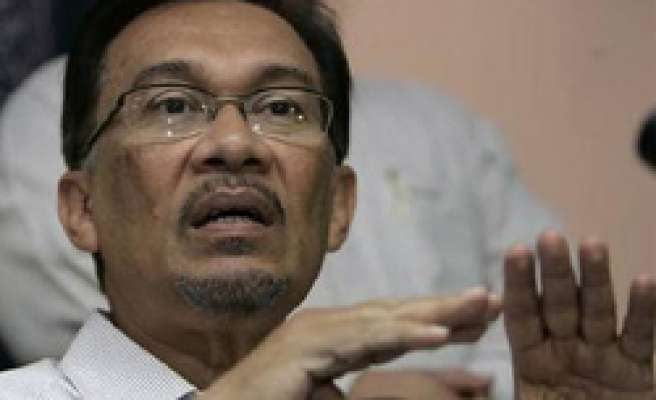 Malaysian opposition leader Anwar Ibrahim said on Sunday that he feared the government may resort to "massive funding and bribery" to sabotage his chances of winning a parliamentary election.

Anwar, who is battling allegations that he raped a former male aide, plans to stand for election from a constituency in northern Penang state which his wife has vacated.

"If... Barisan Nasional decide(s) to give rough with massive funding and bribery then we will have to be really prepared," Anwar told reporters referring to the ruling coalition.

"We will have to see how many 100 million (ringgit) will be brought there (to the constituency). We are not taking it for granted," he said.

Anwar's wife Wan Azizah resigned last week to make way for him to contest and regulations state that a by-election must be held within the next 60 days.

The Election Commission will meet on Wednesday to decide on the election date.

Anwar, a former deputy premier, was barred from running for public office until this April because of a conviction for corruption.

He has separately dismissed the sodomy allegation as a political ploy to derail the opposition's rise after it deprived the government of a two-thirds majority in elections in March.

"Its not a question of facts and law. The arrest (will be) a political decision," Anwar said in the central port city of Klang referring to rumours that he could be arrested.

Sodomy is punishable by up to 20 years in prison in the country.

Police have completed investigations into the sodomy case, a security official told Reuters earlier in the week, but there has been no word yet on whether charges will be brought against Anwar.

The Malay language Utusan Malaysia newspaper quoted Attorney-General Ghani Patail as saying no decision has been made on whether to press charges.

A poll by the Merdeka Center for Opinion Research, an independent pollster, showed that just only 11 percent believed the allegations against Anwar while 66 percent thought it was a politically motivated action to disrupt Anwar political career. The poll released on Friday covered 1,000 adults.

Anwar was sacked by then Prime Minister Mahathir Mohamad in 1998 and jailed on what he says were fabricated charges of corruption and sodomy.

A court quashed the sodomy charges and freed him from jail in September 2004, soon after he finished serving the corruption sentence.