Malaysia beefs up security in case of mass protest

Kuala Lumpur police chief Muhammad Sabtu Osman said several roads leading to parliament would be closed on Monday and security personnel would be deployed in some areas. 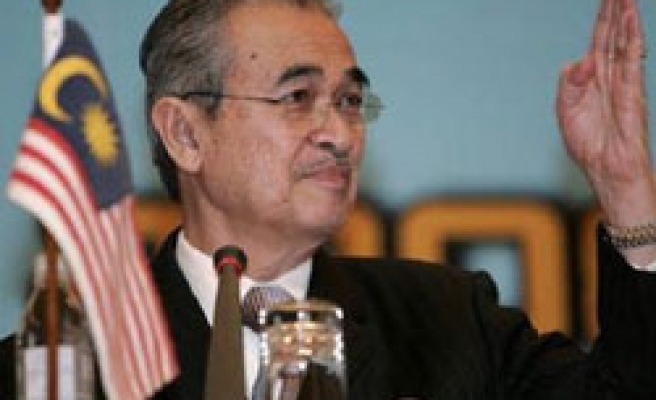 Police began beefing up security in parts of the Malaysian capital on Saturday in case of possible opposition-led street protests next week against the ruling coalition.

The government has been trying to quell growing public and opposition discontent after a series of political scandals and a steep rise in fuel prices, leading to fears about the country's political and economic outlook.

Kuala Lumpur police chief Muhammad Sabtu Osman said several roads leading to parliament would be closed on Monday and security personnel would be deployed in some areas.

"Police have also taken preventive measures and have set up roadblocks from 2 p.m. (0600 GMT) today," he was quoted as saying by the state-run Bernama news agency.

Police are preparing for a mass gathering outside parliament on Monday called by the opposition, which wants a parliamentary debate on a motion of no-confidence in the government.

"We are having a gathering to show our support for the motion of no-confidence to be debated," said Ginie Lim, a spokesman for the opposition People's Justice Party.

The Barisan Nasional coalition, which has led Malaysia since independence from British rule in 1957, is facing its worst crisis in 50 years.

Its popularity has plummeted since a March general election when the opposition alliance made surprisingly strong gains.

The opposition, led by former deputy premier Anwar Ibrahim, needs just 30 more seats to win a simple majority and form a government. It won a record 82 seats in the 222-seat lower house in the March election. The remaining seats are held by the ruling coalition.

In Malaysia, a gathering of five or more people requires a police permit. In practice, police deny permits to anti-government protests but often grant permits for protests against foreign governments such as the United States.