Malaysia's deputy prime minister dismissed on Wednesday as "total garbage" a blogger's allegation that his wife was involved in the murder of a Mongolian woman. 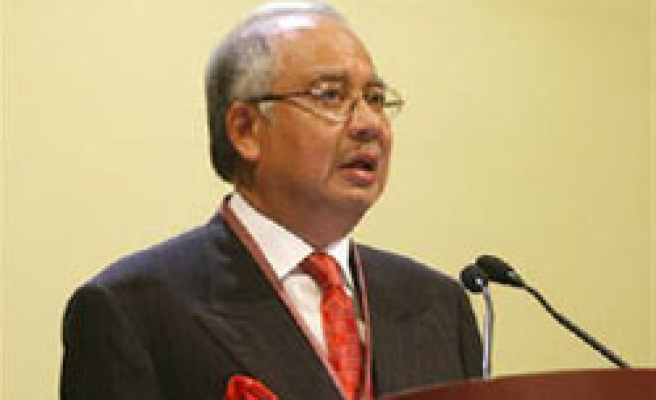 Abdullah, who is fighting for his political survival after his ruling coalition suffered a severe blow in March elections, had said on Tuesday he did not believe Najib and his wife, Rosmah Mansor, were involved in the case.

Speaking to reporters, Najib said the allegation by the blogger that Rosmah was involved in the murder was a "desperate" bid to discredit his political image.

"Everything that is claimed and written is total lies and fabricated," he said in his first comments since blogger Raja Petra Kamarudin implicated Rosmah and two others in a court document he filed last week.

"It's total garbage," Najib said. "I have no other conclusion except that it is a desperate and pathetic attempt to discredit my political image. I can't see any other reasons."

His wife had given her statement to the police investigating the allegation, he said.

Raja Petra said he had no comments on Najib's remarks.

Political analyst Abdul Razak Abdullah Baginda, 46, a close aide of Najib, has been accused of involvement in Shaariibuu's murder.

She was shot in the head twice and her body blown up with plastic explosives in a jungle outside the Malaysian capital in October 2006.

Razak, who ran his own think-tank, was charged with abetting the murder while two policemen were charged with murder. All three have pleaded not guilty, but all face mandatory death by hanging if convicted.

The trial is still ongoing.