Cartoon character Homer Simpson has been kidnapped in Malaysia and Hollywood is offering a reward of 1,000 ringgit ($292) for his safe return. 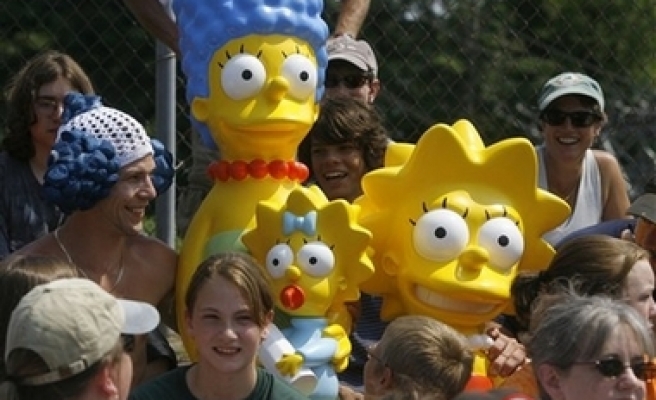 Cartoon character Homer Simpson has been kidnapped in Malaysia and Hollywood is offering a reward of 1,000 ringgit ($292) for his safe return.

Film studio Twentieth Century Fox announced the bounty after a 1.2-metre (4-ft) statue of Simpson was stolen from a cinema display in a mall in the Malaysian capital.

It was one of a set of outsize replicas of the family being used to advertise “The Simpsons”, a movie spinoff of the US television series that is set for release in Malaysia next month.

“This guy is really dumb, because he must know that in a mall there are lots of surveillance cameras,” said Nor Hayati Yahaya, country manager of the Motion Picture Association that groups major film studios. “We got footage of his car, plate number, his face, everything.”

The New Straits Times newspaper published grainy closed-circuit TV pictures showing two men bundling Homer out of the mall before he was driven off in the boot of a car. Last Mod: 21 Haziran 2007, 14:41
Add Comment