Seeking to become the world's hub for halal products, Malaysia is going high-tech to develop the key sector, signing agreements Monday, May 7, with information technology giants, banks and academia, while urging Muslim countries to increase their investme 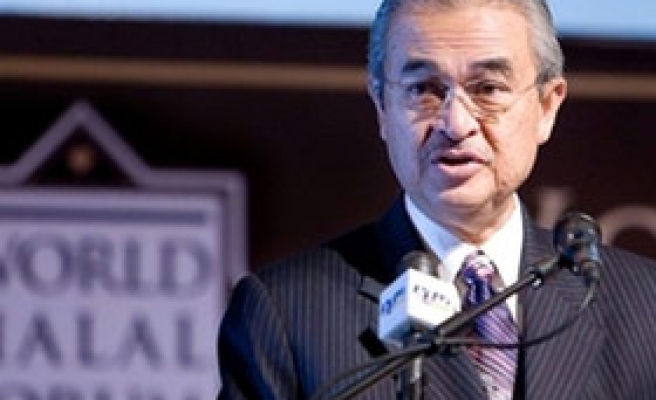 Seeking to become the world's hub for halal products, Malaysia is going high-tech to develop the key sector, signing agreements Monday, May 7, with information technology giants, banks and academia, while urging Muslim countries to increase their investments in the sector.

"We must broaden the horizon of halal to go beyond just food-related products and services," Premier Abdullah Ahmad Badawi told the opening of the annual World Halal Forum (WHF), reported Bernama news agency.

"There also needs to be a mindset change in order to exploit the business and commercial potential of halal to maximize the delivery of socio-economic benefit to the people."

He said initiatives were taken not only to showcase the progress of the HDC but also to note the various innovative ways that could be used to move the halal sector forward.

The CIMB Islamic Bank will provide financial assistance for halal projects with priority given to small- and medium-scale enterprises.

The Chulalongkorn University, the Institute for Halal Food Standard of Thailand and HDC will be working together on the development of capacity building programs, research and development activities as well as harmonization of halal standards.

"Malaysia remains committed to becoming a significant player in the global halal market and ultimately, to become a world halal hub," Abdullah told reporters after the signing ceremony.

Addressing the two-day forum, which brings together representatives from 40 countries, Abdullah said developing halal industries was a "Muslim duty", urging leading Muslim nations to increase their investments in the sector.

"There needs to be a 'Musyawarah' or meeting of minds among Muslim jurists, scientists and business leaders on how to further develop the global halal industry," he insisted.

"If not, we will run the risk of being left behind and miss out on the lucrative potential offered by the halal sector."

Though modern technology and genetically modified food are posing a further challenge, Abdullah acknowledged the acquisition of knowledge could help reach common principles over what can be deemed halal.

"If Islamic judgments cannot be made quickly and accurately on the questions that industry poses, then halal integrity may become obsolete and eventually falter. We cannot and must not allow this to happen."

"We envision Halal to be a brand, a global brand, like fair trade, like organic, like against animal testing. So everybody has to agree on what is halal."

The concept of halal — meaning permissible in Arabic — has traditionally been applied to food.

Muslims should only eat meat from livestock slaughtered by a sharp knife from their necks, and the name of Allah, the Arabic word for God, must be mentioned.

Now other goods and services can also be certified as halal, including cosmetics, clothing, pharmaceuticals and financial services.

Abdullah has revealed plans to create an Internet portal for worldwide halal trading and certification, the Associated Press reported Monday.

The website is aimed to boost trade among the 57 members of the Organization of the Islamic Conference (OIC), the world's most influential Muslim group, by helping them find raw materials and sell finished halal products.

According to Malaysian estimates, the global halal industry is worth $547 billion and expected to soon hit the impressive mark of one trillion dollars.