Kamaruddin Ahmad, the hospital's medical director said that "But the doctor who inspected him was a general practitioner and not a specialist." 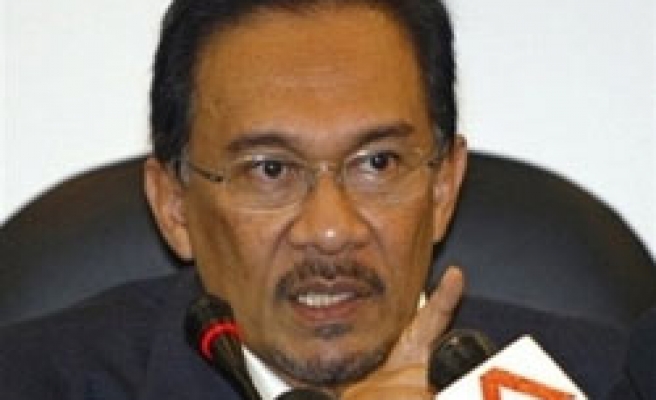 A private Malaysian doctor who examined a former aide to opposition figure Anwar Ibrahin following allegations of sodomy was not qualified to conduct such a check, his employer said on Wednesday.

Private hospital Pusrawi said Saiful Bukhari Azlan, who alleged that he was sodomised by Anwar, had turned up at its facility complaining of a pain in his anus.

But the doctor who inspected him was a general practitioner and not a specialist, Kamaruddin Ahmad, the hospital's medical director said.

"A sodomy check-up must be by a specialist, not a medical officer," Kamaruddin told reporters. "He is not qualified to make any conclusions."

Anwar had produced a copy of the Pusrawi report on Tuesday which he said showed that Saiful had not been sodomised, citing it as proof that the accusation by his former aide was a political plot to ruin him and scuttle the opposition's rise.

Sodomy, even between consenting adults, is punishable by up to 20 years in prison in mainly Muslim Malaysia.

Hospital director Kamaruddin said the doctor who examined Saiful had advised him to obtain a further examination by a specialist in a government hospital.

Saiful stuck by his allegation on Wednesday.

"There is no reason for me to slander and victimise Anwar Ibrahim in this case," he said in a statement read out by his lawyer.

Police have not pressed charges against Anwar in a criminal case that pits a former deputy premier against a government struggling to stem a slide in public support since a disastrous showing in a March poll.

Anwar's opposition alliance needs just 30 more seats to win a simple majority and form the government. It won a record 82 seats in the 222-seat lower house of parliament in the March general election.