The vote comes as Abdullah grapples with a challenge to his leadership from within his own party and public anger against the rising cost of living. 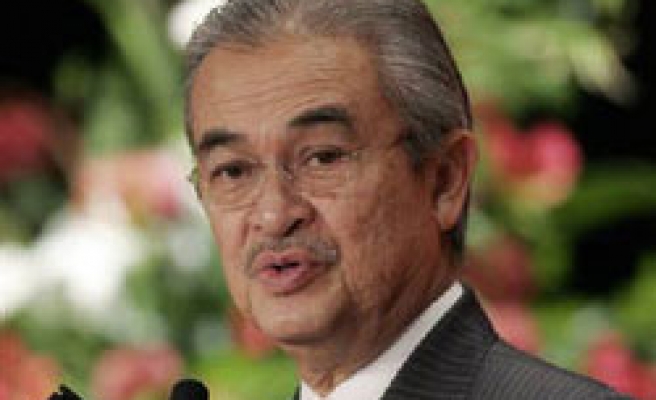 A small Malaysian party will table a no-confidence vote against Prime Minister Abdullah Ahmad Badawi on Monday, it said on Wednesday, in an unprecedented move that could spark more revolt against the premier.

"People have lost confidence in the present leadership of Abdullah Ahmad Badawi," Chua Soon Bui, vice-president of the Sabah Progressive Party (SAPP) said in a statement.

The east Malaysian party, which has two members of parliament in the 14-party ruling coalition, has little political clout but there are concerns this could spark a chain reaction from other coalition members.

The vote comes as Abdullah grapples with a challenge to his leadership from within his own party and public anger against the rising cost of living. Abdullah's Barisan Nasional coalition suffered its worst electoral setback in 50 years in a March poll, losing its two-thirds parliamentary majority and surrendering five states to the opposition.

Lawmakers from the east Malaysian states of Sabah and Sarawak account for about a third of the total seats held by Barisan and could help decide Abdullah's fate.

"We must make a stand before the window of opportunity closes," SAPP president Yong Teck Lee said, adding the window would close by August "after which Sabah would be forgotten again."

The party would meet on Friday to discuss whether to pull out from the ruling coalition, the Edgedaily quoted Yong as saying.

The opposition alliance needs just 30 more seats to win a simple majority and form the government. It won a record 82 seats in the 222-seat lower house of parliament in the March general election.

The remaining seats are held by the Barisan Nasional coalition, which has ruled the country since independence from Britain in 1957.

De facto opposition leader Anwar Ibrahim has been wooing ruling coalition lawmakers and says he has enough support to form a new government by September.

Lawmakers from Sabah and neighbouring Sarawak state, a sprawling area on Borneo Island rich in oil and timber, have long complained they have been given a raw deal by the federal government.