Malaysia PM says to hand over to deputy in June 2010

Malaysian premier Abdullah Ahmad Badawi said on Thursday he will hand over to his deputy in June 2010, as he seeks to end months of political turmoil that have soured the mood of investors. 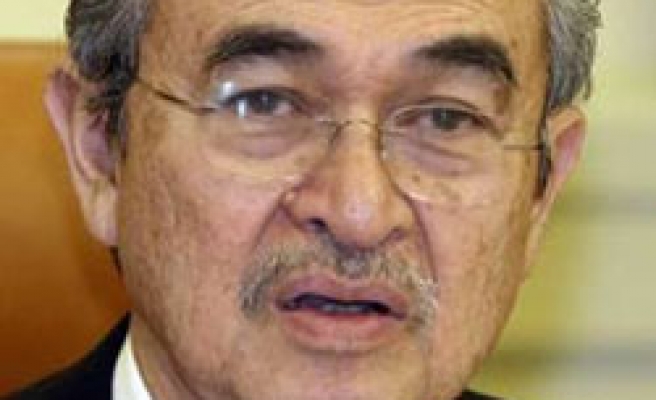 Trying to quell a growing political storm triggered by a challenge to his leadership and allegations of sex and murder in the government and opposition, Abdullah said the main ruling party backed his plans for deputy premier Najib Razak to take over in two years' time.

"My intention is to strengthen the party and carry on with the implementation of projects to fulfill election promises," Abdullah told reporters after a regular meeting of his United Malays National Organisation (UMNO) party's policy-making body.

"As such, I will be very happy if my deputy is Najib until I hand over my post to him. I choose him to be my successor because I believe he can lead the party well.

An UMNO party source had earlier told Reuters Abdullah was seeking the party's approval for his power transition plan.

The premier, who led the National Front coalition to a landslide victory in 2004, has seen his popularity tank after the government suffered its worst electoral setback in 50 years in a March general election.

Calls for Abdullah to step down, coupled with a resurgent opposition sniping at the ruling coalition's heels, have triggered fears of a sudden change in government and policy.

Asked if he was sad about stepping down, Abdullah said: "A bit of sadness, nothing more than that."