Malaysia's premier made sweeping changes to his cabinet line-up on Tuesday, dumping his long-serving trade minister, after the ruling coalition suffered a heavy setback at elections this month. 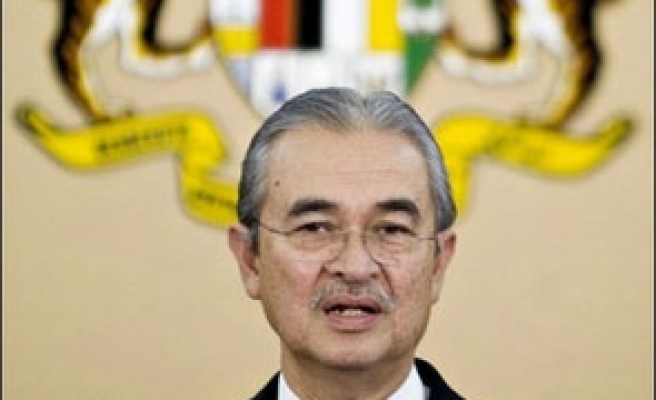 The omission of Trade Minister Rafidah Aziz, a minister for almost 30 years and a senior member of the main ruling party, was the biggest surprise in the new line-up, which could shape Abdullah's political future after the election upset.

"Half (of the cabinet) will be new faces and will represent the people effectively," said Abdullah, who faces a possible test of his leadership at party elections later this year.

Asked why Rafidah, reputedly the world's longest-serving trade minister with 20 years on the job, had been dropped, he said: "I don't want to discuss this. I don't need to explain further.

"Rafidah needs to make way for someone new to take over."

Party opposition to Rafidah had been growing silently following a controversy over car import licenses distributed by her ministry, said political analyst Ooi Kee Beng, of the Institute of South East Asian Studies in neighbouring Singapore.

"She is an old giant who was valuable to the party but she has been tainted with allegations of corruption from the approved permits issue," he added.

Rafidah, who was replaced by ex-farm minister Muhyiddin Yassin, controls a key faction in Abdullah's party, where the move to drop some party heavyweights could feed discontent already simmering over the dismal election result.

Abdullah's National Front coalition suffered the biggest electoral setback in its 50-year reign on March 8, when it lost its two-thirds majority in federal parliament and five of the country's 13 states to opposition parties.

"The cabinet will need to regain the confidence of the people and investors," said Chua Hak Bin, an economist at Citigroup in Singapore.

Abdullah kept technocrat Nor Mohamed Yakcop as second finance minister, a role in which he effectively runs economic and fiscal policy, though the premier formally remains the finance minister.

The new line-up comprises some younger politicians than the previous cabinet, which was known as the "mummified cabinet" by opposition parties because it included several ministers with more than 20 years of service.

Abdullah gave no post to his son-in-law, Khairy Jamaluddin, 32, elected to parliament this month for the first time. Khairy's relative youth and swift rise through party ranks have ruffled some feathers.