Malaysia has suspended the licenses of 20 maid agencies and blacklisted 85 employers after complaints of irregularities and unpaid wages, a government official said on Friday. 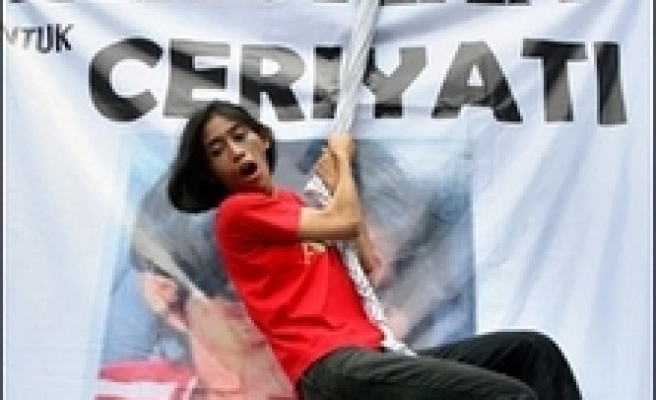 Malaysia has suspended the licenses of 20 maid agencies and blacklisted 85 employers after complaints of irregularities and unpaid wages, a government official said on Friday.

Pressure on maid agencies and employers has increased after a highly publicized escape by an Indonesian maid last weekend.

The woman, Ceriyati Dapin, climbed from the 15th-floor apartment of her allegedly abusive employer with a makeshift rope. On the parapet of the 12th floor she froze in fear, and firefighters rescued her.

The maid agency, which sent Dapin, 33, to the employer, has lost its license, a spokesman of the Home Affairs Ministry said. He declined to be named because he is not authorized to make public statements.

The agency lost its license not because of the alleged abuse by the employer, The Star and the New Straits Times dailies said. They said the license was revoked because the agency was supposed to send Dapin to work in eastern Terengganu town and not to the household in Kuala Lumpur, from where she escaped.

The spokesman said 85 employers had been blacklisted and would be investigated following maids’ complaints that they had not paid the maids’ salaries and not taken care of them properly.

Dapin’s employer was arrested on Monday and remains in police custody while police are investigating claims that her employer had repeatedly beaten and starved her, said K. Kumaran, the police chief of Sentul district in Kuala Lumpur.

Officials have said some 1,200 Indonesian housemaids run away every month, often because of mistreatment or dissatisfaction over long working hours, lack of freedom of movement or unpaid salaries. Last Mod: 22 Haziran 2007, 14:02
Add Comment