Malaysia will ask a summit of eight Muslim-majority nations to consider joint investments in projects such as a fertiliser plant to help secure food supplies, the prime minister said on Monday. 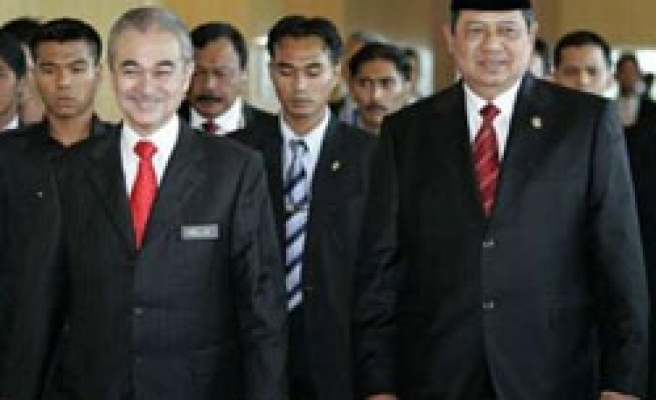 Leaders from the group of Developing Eight (D-8) countries open the summit in Kuala Lumpur on Tuesday to try to find ways to battle soaring food and energy prices.

The group -- comprising Iran, Indonesia, Egypt, Malaysia, Turkey, Pakistan, Nigeria and Bangladesh -- represent about one billion people, or 14 percent of the world's population.

Fast-industrialising Malaysia, which is seeking to beef up the grouping's economic muscle, said intra-trade and cross-border investments should be high on its agenda.

"If we can have a big economic project, a big fertiliser project as a D-8 project to cater for the needs of its members as well as for exports, I think that will be very good," Prime Minister Abdullah Ahmad Badawi said.

"This can be done on the basis of joint investments," he told Reuters in an interview ahead of the summit.

"Some of the D-8 countries are also oil producing countries, that can assist us," said Abdullah, whose country is taking over the chair of the grouping from Indonesia.

Most fertiliser plants use gas and naphtha as feedstock.

"We are going to identify two or three D-8 joint investment projects that will be to cater for its immediate needs," he said, adding that the projects could be related to food security needs.

Abdullah declined to provide more details, saying he would present his idea at Tuesday's summit.