As part of intensive preparations for blasting off its first astronaut into space, Muslim heavyweight Malaysia has issued a guideline on essential issues about living in space. 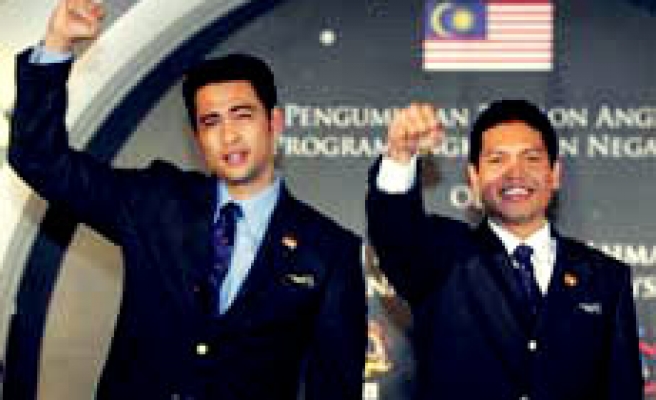 As part of intensive preparations for blasting off its first astronaut into space, Muslim heavyweight Malaysia has issued a guideline on essential issues about living in space, Britain's The Times reported on Tuesday, May 1.

On the question of the qiblah (direction Muslims take during prayers), it says that should be determined "according to the capability" of the astronaut.

Muslims must face the Ka`bah in the holy city of Makkah, Saudi Arabia, while praying.

Muszaphar Shukor, a doctor, was chosen late last year as the Asian Muslim country's first astronaut to travel to space in October.

Shukor and army dentist Faiz Khaleed, a back-up astronaut, are being trained in Russia for the space voyage.

The pair were picked up from nearly 12,000 Malaysians who applied for the space program launched by the Malaysian National Space Agency (ANGKASA) in 2003.

"Circumstances on the ISS that are different from circumstance on Earth are not an obstacle for an astronaut to fulfill a Muslim’s obligations," said JAKIM Chairman Mustafa Abdul Rahman.

Since unveiling the plan of sending the first astronaut, a galaxy of scholars and scientists spent the past year working on a guideline for living up in the space while obeying Islamic duties.

The Muslim heavyweight country is also planning to send its first astronaut to the Moon by 2020.

The guidebook says astronauts should, whenever doubting that the food provided in space is halal, "consume it only to the extent of restraining hunger."

It also leaves it up to the astronauts to decide whether to fast the holy month of Ramadan, which will fall during the space mission, or make up for it after return.

During Ramadan, Muslims abstain from food and sex from sunrise to sunset.

The booklet insists that astronaut must be dressed decently whenever in public view.

Malaysia is planning a dedicated television channel for round-the-clock coverage of its first astronaut in space.

The astronaut will be the ninth Muslim to cross the 100-km boundary above Earth considered to be the defining line for outer space.

Others who have undergone that feet include Saudi Prince Sultan bin Salman, who went aboard the US shuttle Discovery in 1985.

Anousheh Ansari, an Iranian-American telecommunications entrepreneur, was the latest Muslim space tourist when she went to the ISS in September 2006.

Apparently in earlier cases Muslims were left to work out their religious obligations on their own. Last Mod: 02 Mayıs 2007, 10:35
Add Comment