Malaysian police will question opposition leader Anwar Ibrahim on Monday over allegations of sodomy by his former aide, a senior party official said. 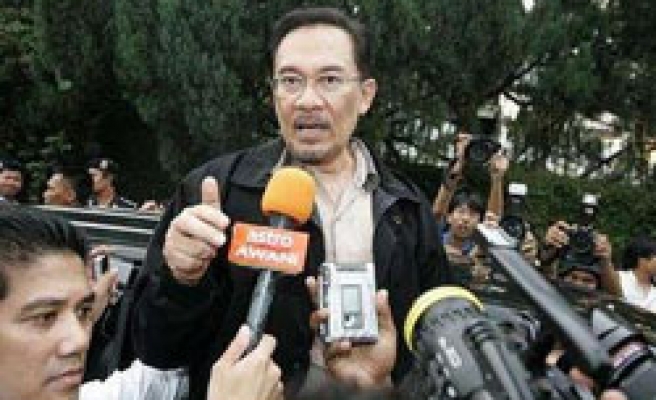 Anwar has vowed to fight the accusations levelled by 23-year-old Mohamad Saiful Bukhari Azlan, which he says have been fabricated by the government to prevent him from seizing power after landmark March elections.

Mohamad Saiful has been under police protection since accusing Anwar of sodomising him -- the same charge that saw the opposition leader jailed a decade ago.

"Anwar has been issued with a summons by the police to be question at 0600 GMT on Monday," Tian Chua, information chief of the opposition Keadilan party said.

Malaysia's main opposition figure Anwar Ibrahim had asked the Islamic court to investigate a former aide, who accused him of sodomy, for alleged slander.

"I have decided to make this report to the Islamic court under the provision of malicious attack on my character, fabrication and lies," he said after filing the complaint at a sharia office.

Under Islamic laws, an accuser in fornication cases has to produce four witnesses regarding the sexual act to back his or her claim, as prescribed by Holy Koran.

Saiful, who has been under police protection since he made the allegation on June 28, made his first comment on his case in an e-mail to a TV station.

"The truth will prevail. Falsehood will surely be exposed," the Star newspaper, quoting the email, said on Tuesday.

He also dared Anwar to swear in front of ulamas (Muslim clerics) over the allegation. "Just inform me of the time and date," he wrote.

Sodomy is a crime punishable by up to 20 years in prison in mainly Muslim Malaysia.