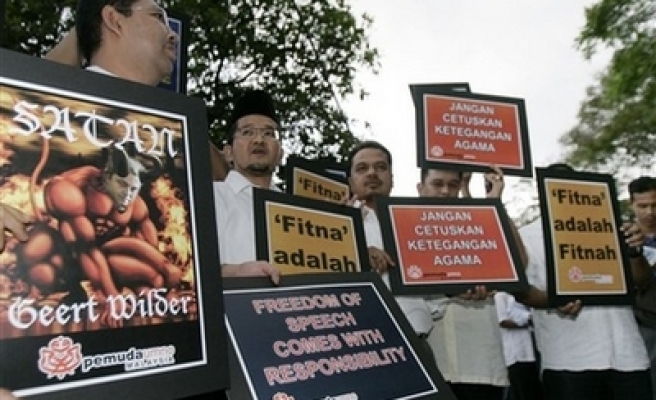 Malaysia's national religious council slammed a film by a Dutch lawmaker as an insult to Islam and Muslims the world over and has called for a boycott of Dutch products, news reports said Tuesday.

Council Chairman Abdul Shukor Husin said in a statement released late Monday that the movie was an effort to further tarnish inter-religious links and relations between the Muslim world and the West.

"The council urges Muslims in Malaysia to exercise maturity and use the best approach in facing the issue and refrain from being influenced by the provocation attempted at igniting sentiments to undermine the position of Islam and Muslims," he said.

Malaysia's Islamic party on Monday also called for a worldwide boycott of Dutch goods to protest the 15-minute film by Geert Wilders, an anti-immigration politician.