Malaysia's Islamists to back Anwar, alliance 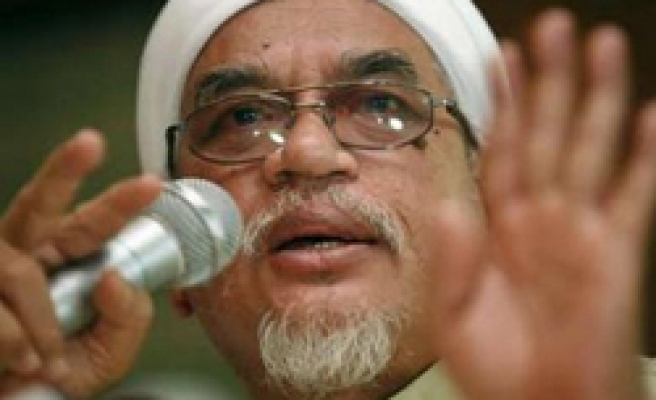 Malaysia's Islamist party is set to back Anwar Ibrahim at an assembly on Friday, despite his looming trial on sodomy charges.

But other members of Anwar's "rainbow coalition" -- Chinese parties and urban reformers -- remain suspicious of their electoral partner, Parti Islam se-Malaysia (PAS), and its Islamic agenda in this multicultural nation of 27 million people.

Anwar, 60, who was jailed on charges of sodomy and corruption a decade ago, has denied the latest charge. He was released on bail, allowing him to contest an Aug. 26 by-election, which he is favoured to win.

His wife, who was the opposition leader in parliament, vacated the seat so he could contest the election, enter parliament, and initiate a grand plan to lead the opposition to power in Malaysia for the first time by wooing defections from the governing coalition.

But he needs PAS in his pocket to pull all that off. The party has shrugged off the charge of sodomy and is backing Anwar's election bid.

"PAS should support Anwar even though we are hardly similar in political ideology," he was quoted by Bernama news agency as saying.

Nik Aziz has also said the sodomy charge would not affect Anwar's credibility.

PAS has 23 seats in parliament out of 82 held by Anwar's Pakatan Rakyat coalition and it won over Indian and Chinese voters in March elections when the alliance secured power in five of 13 state governments, dealing the governing coalition its worst-ever electoral showing.

"Whenever PAS has been in a coalition with other parties it has fared well in elections," said Terence Gomez, professor at the University of Malaya's Faculty of Economics & Administration. "So PAS needs Anwar if it wants to do well outside of the Malay heartland, and that the party members cannot deny."

To some in PAS, UMNO, the main party in the ruling Barisan Nasional coalition, is preferable due to its Malay-Muslim core.